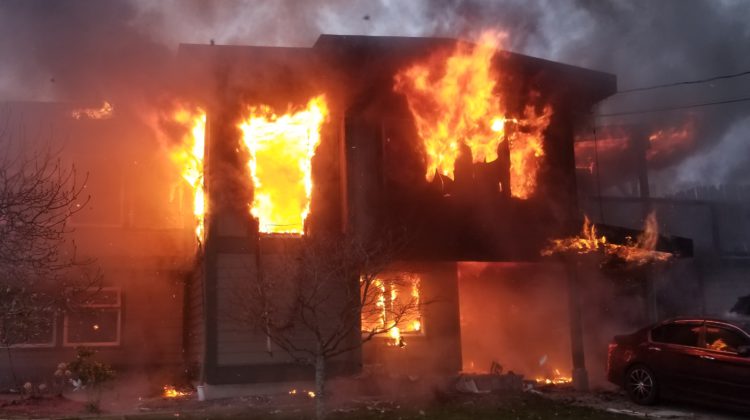 There’s some black smoke looming over Campbell River this morning, after a house fire on Murphy Street.

The Campbell River Fire Department was called to battle the blaze at 8:55 am.

“When we arrived on scene, the house was fully involved in heavy fire on both levels,” says fire chief Thomas Doherty. “We believe the fire started in the lower level of the home.”

Crews are still on scene, and Murphy Street is currently blocked off between 1st Avenue and Evergreen Road.

Doherty says all five occupants escaped without injury, but one was sent to hospital as a precaution. The others are in the care of emergency support services.

He adds that the home did have working smoke alarms, which gave those inside early detection. An investigation is now underway to determine the cause of the fire.