Opioid Crisis Responsible for Twice as Many Deaths as Pandemic 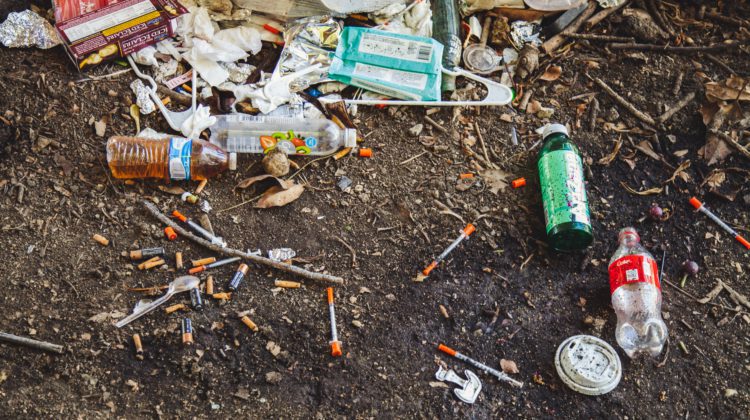 -with files from Kyle Christensen

The BC Coroners Service has announced that last month saw an 89 percent increase in drug toxicity deaths (153) compared to last November (81).

There have been 1,548  illicit drug deaths to date in BC this year. The province said the deaths in each health authority are at or near the highest-ever monthly totals. 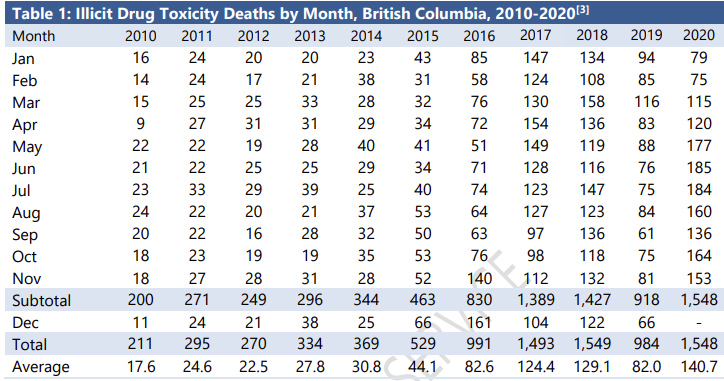 “Tragically, as we reach the end of 2020, our province is facing a record-breaking year for lives lost due to a toxic illicit drug supply,” said Lisa Lapointe, Chief Coroner. “In the five years of this public health emergency, more than 6,500 families have experienced the grief and sadness of losing a loved one to the challenging medical condition of drug addiction. I extend my sincere condolences to all of those grieving a family member, friend or colleague due to this disease.”

Lapointe said there is a myth that the people dying from this health crisis are from a specific sector of the population, but that isn’t the case.

“It’s our neighbours, it’s our sons, our daughters, our moms, our dads, our colleagues, people from all professions; from healthcare and entertainment, and legal, you name it, we’re seeing people die,” said Lapointe. “We need a system of change, so it’s not going to be one thing. It’s not just going to be harm reduction measures, that will keep people alive, it will prevent them from dying if they overdose.”

Lapointe said, “We absolutely need a system of treatment and recovery, we don’t have one in this province,” said Lapointe. “To be fair, almost nobody does because the focus was on enforcement, so we had police and jails and courts, but what we didn’t have was a really evidence-based, accessible system of treatment and recovery. Without that, I don’t know how we’ll ever get over this crisis.”

She mentioned that it’s hard to keep a public health crisis in the public eye for five years and many people treat the pandemic with more caution than the opioid crisis.

“The public (I think sadly) have gotten used to hearing these numbers and there may be a tendency to think, ‘it’s somebody else, but it’s not me, and it won’t effect me,’ whereas the pandemic is a little bit different, people are much more cautious because they realize they could become infected in their next trip to the grocery store, maybe that’s part of it,” said Lapointe.

According to a provincial government release, toxicology results point to a greater number of cases with high concentrations of fentanyl from April to November.

The impacts of COVID-19 have been deadly for those experiencing problematic substance use,“ Lapointe said. “Ensuring access to critical harm reduction measures including naloxone, supervised consumption sites, overdose prevention sites and drug checking services are essential if we want to prevent future deaths. Providing those with substance use disorder access to pharmaceutical alternatives will be of immense benefit to reduce the harms and suffering resulting from the ‘for-profit’ illicit drug market.

Since the pandemic began in March, 1,279 people have died in the opioid crisis, compared to 713 due to the Coronavirus (including Monday’s numbers).