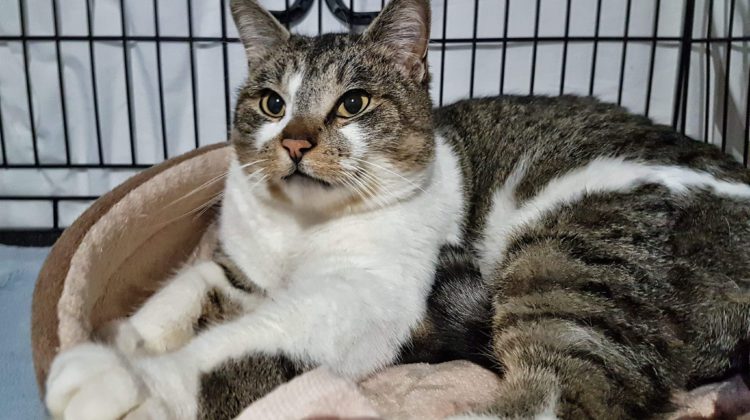 It’s a happy and emotional outcome for a family on Northern Vancouver Island.

Jax, a 3 and half-year-old cat was caught by the CATS Cat Advocates Teaching & Saving Society on New Years Day after being missing for 3 months.

President Aimee Minor explains that she can’t say where he was found, but that it was a remote area on the island.

The cat was tattooed and she was able to find out who the owner was quickly, but wasn’t expecting what came next.

The cat belonged to Jordan Holling, a Campbell River man who has been missing for 3 years and 3 months.

She told our newsroom that it was an emotional moment as Jordan adopted Jax just weeks before he went missing.

“Absolute shock and disbelief. It’s absolutely amazing to be able to reunite any cat with its person but to know where this cat is from and who he belonged to, and the story behind it is heartbreaking.”

“Jordan going missing is heartbreaking, finding his cat after the cat goes missing three years later almost to the day is just heartbreaking.”

Minor added that Jax is now in the safe hands of his family, and while one member is still missing, she hopes Jax will help bring some much needed emotional support.

“The cat is now safe and loved and his people are super thankful to have him home. Jordan’s sister said she was smiling for hours after he was reunited.”