Will Freighter Anchorages be addressed by new Transport Minister? 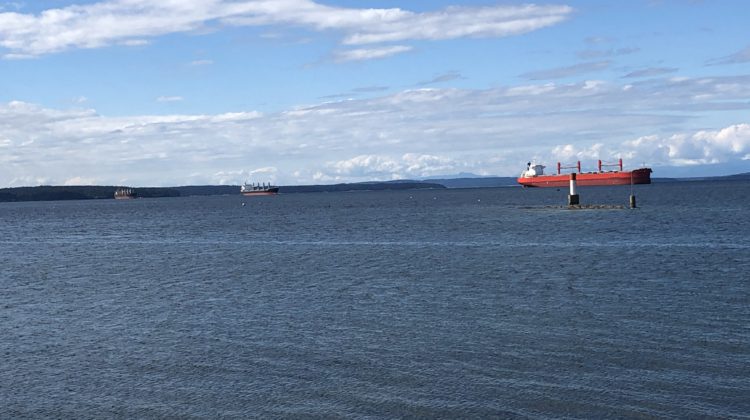 The Trudeau government’s cabinet shuffle may serve as a new opportunity to address freighter traffic in coastal BC.

The Transport Ministry is one of the portfolios that will see a change in leadership. Cowichan-Malahat-Langford MP Alistair MacGregor said he plans to discuss the issue of freighter traffic with the new Transport Minister, Omar Alghabra.

“I have not yet had a conversation with him, I think I’ll give him a week to get acquainted with all of the big files but, yes, it is my intention to make him aware of the freighter issue that is plaguing our waters and also of my Bill C-250, just to bring him up to speed on that,” said MacGregor.

“Transport is a huge responsibility and it encompasses many different moving parts right across the country, so he’s going to need some time to become acquainted with his new role, but there’s always an opportunity when you do have the fresh set of ears there to listen to your case and to the case that your constituents are making,” said MacGregor.

Former Transport Minister Marc Garneau (Notre-Dame-de-Grace-Westmount) will take over as the Minister of Foreign Affairs.

Vancouver Island stakeholders have been looking to see the issue of freighters in coastal water addressed for quite some time.