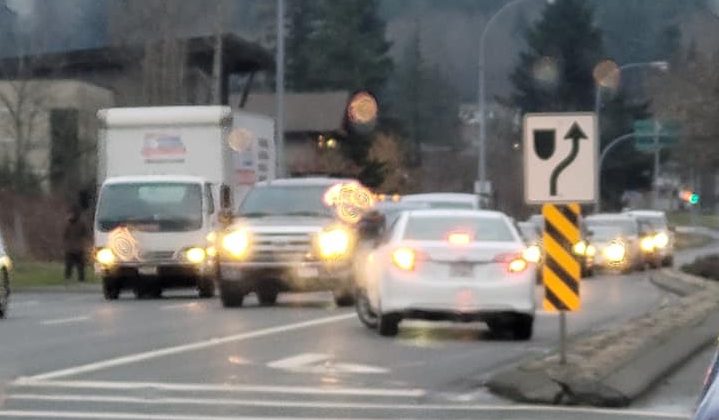 Someone took a turn for the worse.

Earlier this week, a white Toyota was caught on cam near a busy Courtenay intersection holding up traffic for all the wrong reasons.

The sedan was seen driving into oncoming lanes on Ryan Road, directly in front of the police station.

RCMP say driving the wrong-way is “very serious,” as it could lead to havoc, harm, or death.

According to Constable Gary O’Brien, officers don’t see it often, but he says it does happen from time to time.

“We try to get as many police cars to that area as quickly as possible, because it could cause carnage if somebody unexpectedly sees a vehicle coming at them in the wrong direction,” he says.

“We have to understand why it happened, and then we always have discretionary powers,” O’Brien says, adding that the driver could be let go with a warning, or it could proceed to a motor vehicle act charge or criminal code charge.

While in this incident, the driver certainly did turn heads, there’s no word on whether any charges will follow.