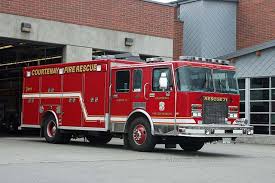 Minor injuries in a three vehicle smash up in Courtenay this morning, with Comox Valley RCMP and Courtenay Fire Department crews quickly responding to the crash.

Goat News spoke with Courtenay Fire Department Chief Don Bardonnex, who says crews were on scene quickly as part of the response to the MVA.

Meanwhile Comox Valley RCMP are investigating the three vehicle crash, but right now there is no word on any charges as their investigation continues.

No word on the condition of the person taken to hospital in Comox, but emergency crews on scene do not expect any major injuries resulted from the accident, just after 9:30 a.m.