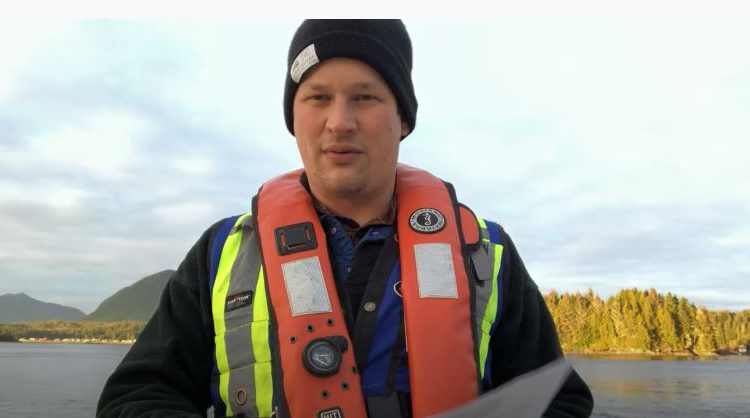 A group of young workers are worried about what’s next for Vancouver Island’s aquaculture industry.

They’re reacting to the federal government’s plans to phase out salmon farms in the Discovery Islands over the course of the next 18 months.

Industry critics are concerned about the impact of aquaculture has on the health and sustainability of wild salmon.

However, the BC Salmon Farmers Association’s Youth Council says closing fish farms will have a crippling effect on the economy.

“The BCSFA Youth Council is comprised of, and represents, young professionals under 35 working across the value chain of salmon aquaculture in British Columbia, and we are concerned for our future,” they said in the letter.

The council added that the decision is “having a profound impact on young people who once looked ahead to a long and positive career path in salmon aquaculture, but now wonder about their future in this sector.”

“As the Council represents youth from across the sector, we hear this uncertainty firsthand – ‘what about my mortgage? What about my family and friends? What about the life I was building for myself here?’

They pointed out that as COVID-19 took hold, salmon farming was named an essential service by your own government and is one of the few industries that did not experience major layoffs in Canada.

“We would like to remind you that the demographic most impacted by COVID-19 economically is youth. Two-thirds of the people working in B.C. salmon farming are under 35 years old,” they said in the letter.

“At a time when securing and protecting the future of young people in Canada is so critical, we find ourselves reeling, stressed, anxious and exhausted – with our future in jeopardy.”

The council said they are scientists, engineers, environmentalists, farmers, veterinarians, certification specialists and much more.

“We are the engine of salmon aquaculture in rural coastal communities. If we believed our industry was harming wild salmon and the surrounding marine environment, we would not be working in it,” they said.

“Science is our foundation, and your own government’s nine years of independent peer-reviewed research suggests farmed and wild salmon can co-exist safely.

Prime Minister, set salmon aquaculture aside for a moment. As highly trained and skilled young professionals, we are concerned by any decision made that does not have data, science, and research at its core. Without including science in decision making, where will Canada be?”

The council says the Prime Minister’s actions “have eroded the trust we once placed in you to seize British Columbia’s Blue Economy potential.”

“Your actions are what matter, not words. We can now only hope that Canada’s recent signatory to the High-Level Panel for a Sustainable Ocean Economy was sincere and that we, as youth in aquaculture, still have a place in the future of the Blue Economy,” they said.

They also said in the letter that the Trudeau Liberals have “failed young British Columbians in rural coastal communities.”

“As a leader, you have failed here. You failed to bring people together to do the hard work necessary to reconcile and move forward collectively. So, we are left with questions. Concerns. Worry. Anger.

“We are asking you to show up for us, and show up for the future of Canada’s Blue Economy – young people who look to you for leadership, working on B.C.’s coast.”

Meanwhile, fisheries minister Bernadette Jordan says as well as phasing out the facilities, they will:

Of the 19 farms in the Discovery Islands, nine have no fish in pens.

In response to a North Island mayors’ letter addressing similar concerns in early January, the ministry said aquaculture plays an important role in B.C.’s economy, our collective food security, and coastal communities, and that the farms in the Discovery Islands “are a specific case.”

“These licenses were renewed on a yearly basis, always with the understanding that a decision regarding their permanent status would be made by December 2020,” the ministry added.

“We will continue to work with the provincial government, industry, First Nations, and other key partners to create jobs and build a stronger, more sustainable aquaculture sector across the province, which includes finalizing a plan to transition away from open-net pens by 2025.”