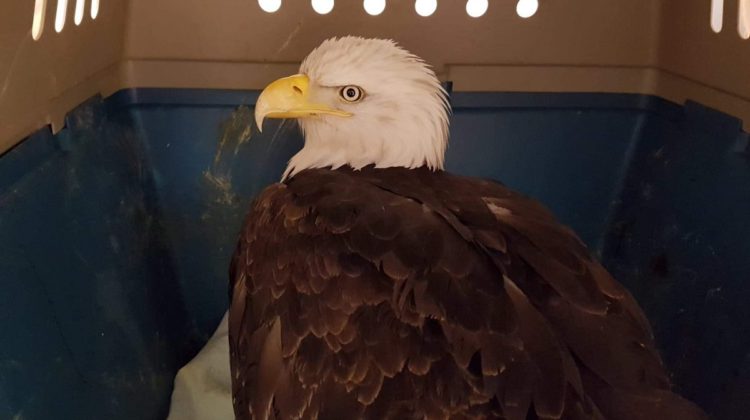 The manager of a Vancouver Island wildlife rescue centre is urging hunters and fishers to move away from using lead-based ammo and tackle.

Gylaine Andersen is the manager of wildlife rehabilitation at the MARS Wildlife Rescue Centre in Black Creek.

She says if ingested by an eagle, lead can oftentimes be deadly.

She added that watching an eagle suffering from lead poisoning is very disturbing.

“They could be having seizures, they could be barely conscious and not able to stand up or really uncoordinated, and on the respiratory side of things, they are really gasping for air, it’s difficult for them to breathe,” Andersen said.

Because lead can paralyze parts of an eagle’s respiratory system, Andersen poisoned eagles will make a “honking noise” when they try to breathe, “and it’s really quite distressing to see them in that condition because they can’t get enough air to sustain themselves.”

The centre is encouraging hunters and anglers to switch to non-toxic ammunition and fishing tackle so it isn’t present in our environment.

She noted that a lot of hunters and anglers are aware of the damage lead can cause, and steer away from it.

According to Andersen, there are a few ways that an eagle can end up ingesting lead. They include:

There are currently four eagles being cared for at the centre, including two suffering from lead poisoning.

Andersen said this doesn’t count the ones that are either brought to the centre or captured by centre staff.

Andersen says it only takes a lead fragment the size of a grain of rice to kill an eagle.

“So really, really tiny amounts of lead can cause very severe poisoning and death in eagles,” she added. “We have had more reports this year of eagles being found dead in the wild than previous years. Even though we aren’t getting all of the lead-poisoned eagles, they are still out there and possibly suffering from this.”