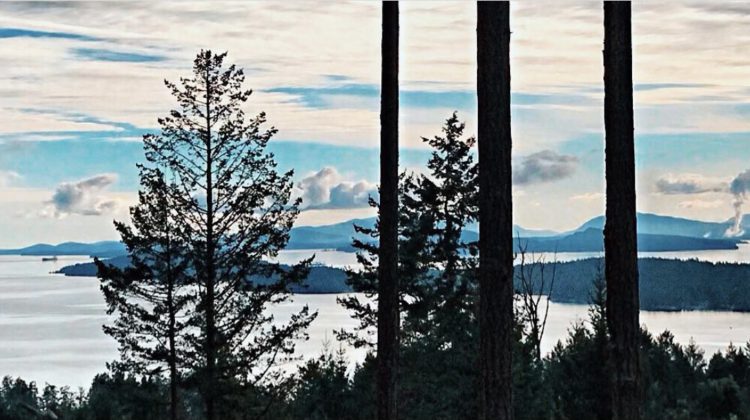 Of all B.C.’s economic sectors impacted by COVID-19, you could argue tourism and hospitality has been hit the hardest.

The numbers show just how much of a downturn the sector has taken because of the pandemic.

In a pre-COVID year, tourism generates $3.5-billion and supports 70,000 jobs in the Vancouver Island region

But domestic overnight visitation to the island is down 43 percent, since the most recent public health orders and guidelines were implemented.

Research collected by the BC Regional Tourism Secretariat also shows:

In total, the number of interactions of support between the BC Tourism Resiliency Network and BC tourism businesses has surpassed 27,000.

Vista Radio spoke to Tourism Vancouver Island president and CEO, Anthony Everett, about the effects of the pandemic and what lies ahead.

VR: How do you feel Vancouver Island’s tourism industry has held up during the pandemic?

AE: “Through the last year, it has been a rollercoaster, is the best way to characterize it, with some businesses creating some revenue streams for themselves in the summer of last year, (then) things tailing off with the many changes that have occurred to the public health guidelines that we are all operating under. It’s been a moving target for businesses. By and large, businesses have gotten through to this point but there is still a lot of uncertainty for this next busy season – what we call our normal busy season – and I think there are a lot of frayed nerves out there in terms of how people are going to adjust.

On Vancouver Island, we’ve seen an uptick, or at least a maintenance of business, in certain parts of the island, like on the west coast, or Parksville/Qualicum, Courtenay-Comox area, but places like Victoria, the hotel sector there has really been struggling, and a lot of businesses that would normally be open year-round or most of the year, aren’t open right now. So it’s a mixed bag and where we go from here, I think it’s going to be a long, hard struggle for many businesses as we try to build back.”

VR: Has the sector gotten enough support from the province?

AE: “I think we need more. I think that the government has listened, both federally and provincially. When I say they’ve listened, they’re constantly adapting and adding supports. Often those supports have lagged behind and our sector is the hardest hit, and I think many businesses still need help.

I think they’ve done enough things to change the Small Business Grant Program, and we’re very grateful because they’ve extended it recently, they’ve made it easier for businesses to enter into that situation.

But at the same time, having said that the bigger organizations, the bigger operators, outside a lot of the federal supports, they haven’t got the help that they need.

Provincially, I’m talking about the aquarium or the Capilano Suspension Bridge but one of the places that is world-renowned and right here on the island is Butchart Gardens. They are having a hard time. They don’t qualify for a lot of the current supports. It’s kind of a mixed bag. I think that our sector has been very hard hit. While there are a number of supports out there and of course we’re grateful for that, I think more help is going to be needed if we’re going to get back to the good business that we had in 2019.

Having said that, I think there is a lot of good collaboration happening, and we can only go up from here, and I think the struggle to come back will take years now – many, many years – and will require government support to do that.”

VR: How much has the COVID restrictions on air travel, particularly international travel, affected the island?

AE: “Well the reality is, there are no international travellers, really, coming for leisure travel here. To the island, they’re very, very, very few, to the point where we don’t really even track them. We are on an island so we see how travel here is impacted to a degree more than other parts of the province. We track visitors coming here through cellphone data and have done (so) since the beginning of the pandemic, and it’s down significantly from previous years, whether that’s ferry traffic or through airports.

To answer your question on the airports, yes, I’m very troubled by how we are going to have to track back service from our major carriers into places like Courtenay-Comox and to mid-island or Victoria. That took decades worth of work for those airports and that will be the same now that we will have to be working to get them back.

It’s significant. I think we’re more impacted than others but everywhere in the province is impacted.

Domestic travel is important. It’s what we can do right now. We love our B.C. residents, particularly, but right now we’re still being advised to stay local. So we’re not sure when we can attract people to be travelling (here) again and now is not that time. This year will be much like last year in terms of, as soon as we’re giving guidance to travel again, it will be local, it will be B.C., it will be Canada, and then down the road, we will see international visitors return.

That won’t be occurring for quite some time.”

VR: Can you see a light at the end of this tunnel and if so, do you think it could be by this summer?

AE: “I can’t answer the summer question. I think everybody would like to know that, including myself. Visitors want to feel safe, they want to know that they’ll be welcomed in communities and communities need to be ready to welcome them and I think we’re a long way from that.

The light at the end of the tunnel is, in a remarkable feat in human history, we have these vaccines and I think that is remarkable, but we need to get them out quicker.

My best understanding is that over the coming months, that will be happening. Other parts of the world are vaccinating quicker so that will have an impact on our ability to welcome people again.

I’m always hopeful because we are in a hopeful industry, that’s who we are. But I think we are going through a difficult period because I don’t think we’re going to see people comfortable and widespread travel again until we see some of these vaccines roll out and also other things like rapid testing and many other things that we are going to need in the industry.”