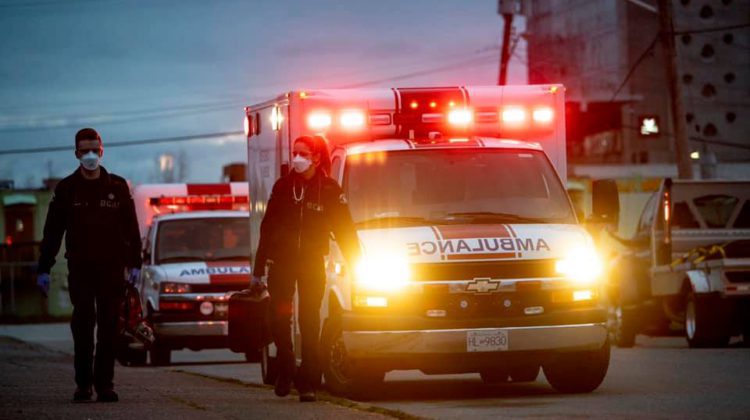 Paramedics going to work. Photo supplied by Ambulance Paramedics of BC Facebook page.

Big changes are on the way for ambulance service in rural and remote communities.

Spokesperson Shannon Miller says in many smaller communities across the province, including on Vancouver Island, BCEHS has relied on ‘on-call’ and ‘standby paramedic’ positions, meaning paramedics wouldn’t have a set schedule or regular 8-hour workday and instead would get shifts based on a monthly availability sheet

“The new staffing model makes regular full-time work positions in the ambulance stations. Currently, they are on-call staff. Those shifts would be in the station for 8 hours and then 16 hours after that, would be on call. They would be regularly paid positions. You know what your day is going to look like. You know that you’ve got a regular shift. You’re being paid paramedic wages.”

“In a lot of rural and remote communities it gives paramedics a stable wage and it encourages them to remain in those communities because they know there is going to be stable shifts.”

An example of how this is going to help service for islanders, is in Cumberland.

Miller says more units will be added to surrounding municipalities like Courtenay and Campbell River so that Cumberland crews can respond to calls in their own community, instead of travelling as far as Nanaimo to assist.

“We want to put the paramedics and the ambulance where the calls are. Cumberland responded to 779 calls in Courtenay last year. They only responded to 441 calls that were from the Cumberland community, and 176 in Campbell River.

She says the new model will greatly improve response and service times in rural and remote areas because the ambulance that is assigned to that community will be able to respond.

The focus of this new model according to BCEHS is to create regular, permanent jobs with at least 170 new positions expected province-wide, and 50 new regular paramedic positions added on Vancouver Island.

Miller says it’s a big change and it may take time for paramedics to adjust, but it’s one for the better. The changes are part of the implementation of the negotiated collective agreement (2019-2022).