Nearly half of Canadians polled banking on housing market to fall 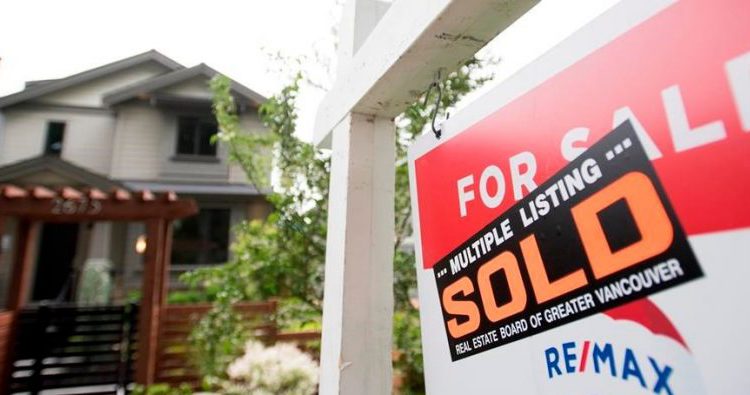 With the nation’s housing market on steroids, Canadians are taking sides.

A new study from the Angus Reid Institute finds 40 per cent of those polled hopeful that housing prices continue to escalate, while 39 per cent are banking on a fall.

One-in-five (22 percent) would like to see the average home price drop by 30 per cent or more. 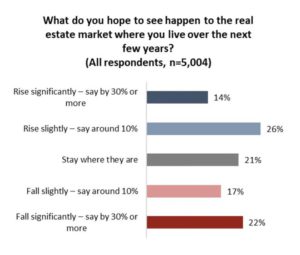 On Vancouver Island and the Sunshine Coast, historically low inventory combined with low mortgage rates are heating up the market, and fueling a staggering rise in prices.

The benchmark (typical) price of a single-family home on Vancouver Island hit $631,500 last month, 18 per cent higher than in March 2020.

Vancouver Island Real Estate Board past president, Kevin Reid, says affordability has become a serious issue for many wanting to get into the market: “House prices have been escalating steeply in the last several months and it’s a concern for all my buying clients.”

Reid added that VIREB data dating back to 1987 shows “a fairly distinct 11-year pattern” with sharp jumps in prices followed by a period of plateau and then a slow increase ramp up again.

“Statistically, it supports that we will see a plateau in pricing at some point in the future.”

Reid says last March, sales basically stopped for a period of one or two months.

Since then, with demand far outweighing supply, the market has been red hot.

“It is a supply and demand situation,” Reid said. “We have a large group of people wanting to come to Vancouver Island with the benefits of our lifestyle, our geography and there’s just not enough housing available at this point.”

“And I actually don’t know if there are any artificial steps that can be taken to cool the market,” he added. “There’s seemingly a large amount of wealth in Canada, and with that wealth they can choose to purchase real estate anywhere they want. Some people are not bound by price constraints, or not as limited by price constraints.”

Meanwhile, home prices are rising across the board on the island.

The benchmark (typical) price of an apartment reached $332,400, an increase of nine per cent, while the benchmark price of a townhouse rose by 19 per cent year over year, climbing to $487,100.

In Campbell River, the benchmark price of a single-family home hit $564,000 in March, an increase of 22 per cent over last year.

The cost of a benchmark single-family home in Port Alberni reached $407,200, a 19 per cent year-over-year increase.

For the North Island, the benchmark price rose to $302,100, marking a 15 per cent increase over last year.

Prices are too high

Notwithstanding the knock-on effects of a housing crash of such magnitude on almost every other aspect of the Canadian economy, it is an undeniable indicator of the amount of housing pain people in this country are experiencing coast to coast, in large communities and small.

Three-in-five (57 percent) rural dwellers say housing prices in their community are too high, alongside two-thirds (67 percent) of those who live in small cities. These levels rise above seven-in-ten among urban and suburban Canadians.

The online survey took place from Feb. 26th to March 3rd, among a representative randomized sample of 5,004 Canadian adults who are members of Angus Reid Forum.