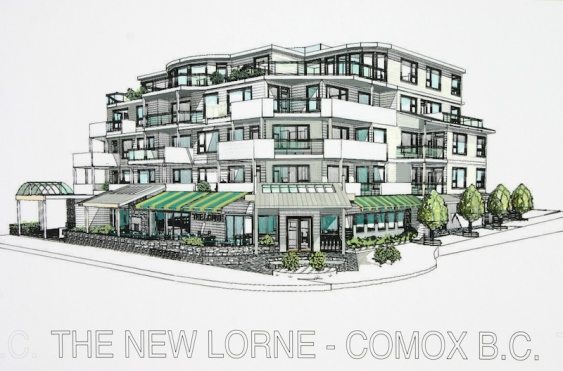 Another Public Hearing has been held on the Lorne Hotel Project proposed for downtown Comox.

And once again residents expressed concerns on the height, scale, and design of the five story project, which includes a bistro, and condos from 700 to 1500 square feet.

Comox Mayor Paul Ives says there have been lots of submissions on this project, such as height concerns, density concerns and parking.

Meanwhile Ives says there have also been submissions around vibrancy of the downtown core, and a call for more density in the downtown area.

Ives says Comox Council will likely vote on third reading of the Lorne Hotel Project at their May 20th council meeting.

Comox Council will now review all submissions from the public before rendering a final decision on the project.