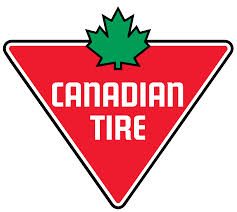 Nothing signed, sealed and delivered quite yet, but plans are in the works for the Courtenay Canadian Tire store to set up shop in the former Target store in Courtenay’s Driftwood Mall.

Goat News spoke with Courtenay Canadian Tire owner Bert Heeringa who says their current space is simply too small to showcase their many retail offerings.

Meanwhile Canadian Tire Corporation in Toronto has just confirmed they have concluded an agreement to acquire 12 real estate leases, formerly held by Target Canada, for 17.7 million dollars, including the Courtenay Target lease.

Company officials say the deal is subject to court approval in connection with Target Canada’s proceedings.

“We’re always on the lookout for great opportunities. We’ve been tracking certain Target properties for some time and when the opportunity came up, we moved quickly and secured virtually all of them. We chose 12 properties that fit strategically and financially into our store network,” said Michael Medline, President and CEO, Canadian Tire Corporation.