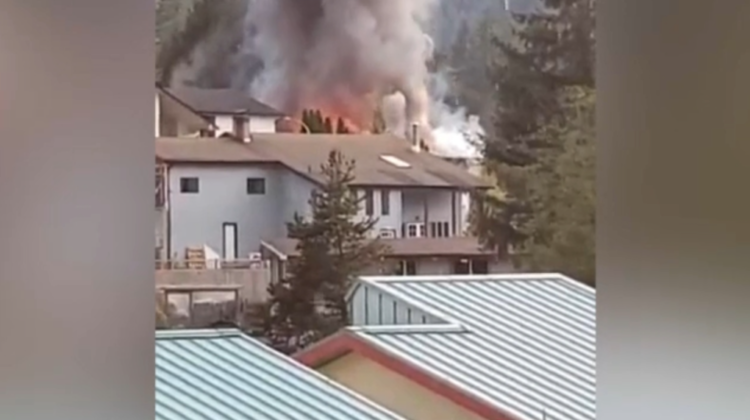 It was horrific déjà vu for the Wilson family, after they lost their Vancouver Island home and belongings to a massive fire.

This past Friday (May 7th) at around 6:45 pm, Gold River fire crews were called to the blaze on Eagle Crescent. When they arrived on scene, the home was engulfed in flames, and despite firefighters’ best efforts, it was completely destroyed.

The cause is under investigation, but it’s not believed to be suspicious.

For Mayor Brad Unger, it’s a “very sad” situation. He tells Vista Radio everyone got out alive, and no injuries were reported. He says the family’s dogs also made it out, but adds “unfortunately, I did hear they lost a couple cats.”

According to Unger, tragedy is no stranger to the Wilson’s. About 10 or 11 years ago, he says they lost their former home – located on a nearby reserve – to fire.

Unger says the family is long-time residents of Gold River, and describes them as a “great family.” He says “the kids grew up here, and are still working here.”

But when tragedy strikes in Gold River, Unger says the community comes together: “When our residents are in need, we step up and support them in whichever way we can,” he explains.

And with this in mind, he says donations for the family started to pour in the same night of the blaze. He says locals organized a bake sale on Monday afternoon, and it was a huge success… “they raised $4,000 already.”

Unger says locals have been collecting clothing and furniture for the Wilson’s. He notes the family also received some aid from provincial Emergency Support Services, for up to three days after the fire.

“It kicked in right away with hotels, food costs, and that kinda stuff for up to 72 hours immediately following the fire,” he says.

The Wilson family took to Facebook yesterday to thank the community: “For there really are no words to put how we feel… for all you have done for me and my family. It is truly awe-inspiring to know how very blessed to be around such amazing people, who stepped up for us, to be with us during this terrible time,” they said. “Again, thank you – from the bottom of our hearts. We love you all.”

Gold River Volunteer Fire & Rescue also extended “a big thank you” to all the locals who helped out on Friday, adding: “We are so glad that everyone got out safe and no one was hurt in our fight to extinguish the fire. Our hearts go out to the Wilson’s.”