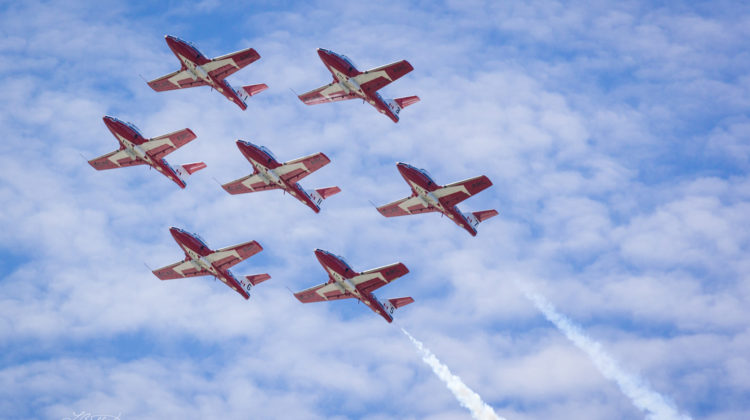 As the Canadian Forces Snowbirds continue their training in the Comox Valley this month, they are sending out a reminder to onlookers.

The team’s Public Affairs Officer, Captain Gabriel Ferris says it has received word from 19 Wing Comox that valley residents are gathering in public places and are not following public health guidelines to watch the team train.

“People need to respect the regulations and need to follow them and make sure that they don’t gather. I know it’s sad and I know everyone wants to watch but it’s a weird year this year and people need to limit gathering like that.”

He says the team appreciates the support, people just need to do it safely.

Today also marked the one-year anniversary of the death of Captain Jennifer Casey, who was killed last year during Operation Inspiration in Kamloops.

The team doesn’t plan to take to the skies today (Monday) or tomorrow for their usual 9:30am and 1:30pm training sessions, as Ferris says they just want to take some time and make sure everyone is doing okay.

Once they take off Wednesday though, both 19 Wing Comox and the Snowbirds are reminding you that you can enjoy the practices from a distance, and you don’t need to gather on public beaches or lookouts to watch or take photos.