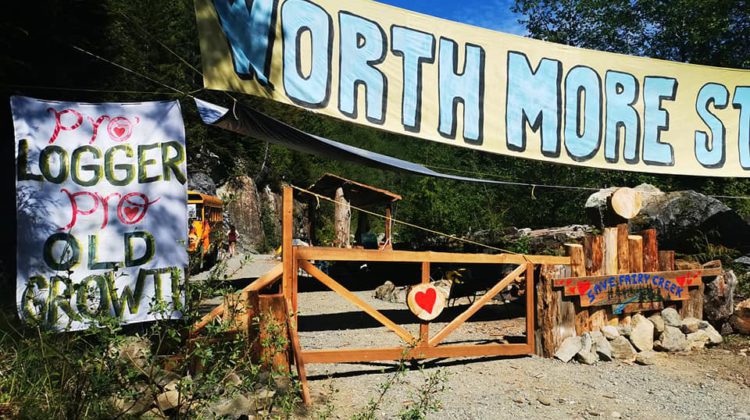 The RCMP is now restricting access to the Fairy Creek watershed near Port Renfrew as it prepares to enforce a court order to end the blockade of logging road construction.

The RCMP says a control zone has been created to limit access to the area for the time needed to allow Teal-Cedar Products to resume operations.

A checkpoint has been set up at the McClure Forest Service Road and access into the Fairy Creek watershed will be restricted.

The RCMP says a designated space for protesters and other observers will be set up within the injunction area but outside of the access control zone.

According to police, the location will allow for peaceful and safe protests and be will be visible.

On April 1, 2021, the BC Supreme Court approved an application by Teal Cedar to have the blockades established by anti-old growth logging protesters removed.

The first blockade of logging road construction into Fairy Creek was set up by the Rainforest Flying Squad in August.

The RCMP released a list of procedures for the checkpoint:

The people permitted into the area would generally include:

The RCMP warns that people committing acts that breach the injunction order, or are believed to have breached that order, as well as people refusing to leave the access control area, will be arrested.

The Rain Forest Flying Squad has been making preparations for police enforcement of the injunction and has called for supporters to join them at the blockades.

Green Party leader Sonia Furstenau has urged the NDP in the past to avoid confrontation and find a way to ensure the last intact valley of rain forest on southern Vancouver Island is protected.

She says Premier John Horgan had promised in the election campaign that he would implement all recommendations of the old-growth review panel.

She says the experts that conducted the review were clear about the need “to consider biodiversity, ecosystem health, water protection, other values including tourism and recreation.”

However, Furstenau has stated the province operates  “with one value, and that is the extraction of timber for its value.”