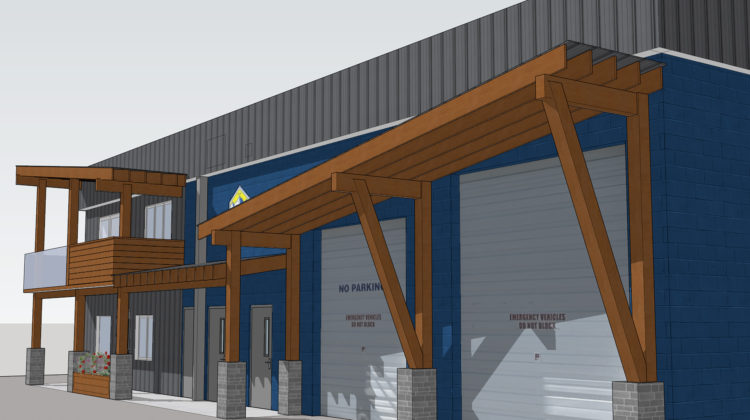 The Comox Valley Search and Rescue organization is hoping to have a permanent home in the near future.

For the past twenty-five years it has rented commercial facilities throughout the valley to house their equipment and vehicles, but now they want a place of their own.

They’re doing this through the Roofs for Rescuers campaign, which will be running for the next year and a half.

Right now, they operate out of 3001 Moray Avenue, which has been upgraded throughout the years to turn it into an effective hub for operations, training, and logistics.

Like a small firehall, the current building houses the rescue equipment needed for a modern, innovative and sector-leading team to be able to respond to the ever-increasing number of calls CVSAR receives each year.

The team has made a decision to either build onto their current site, or find a new spot in the valley to house all their gear and equipment before their lease expires in 2023.

Just last weekend the team helped out with three different calls around the island.

Last Thursday morning, the team was called to assist Campbell River Volunteer Search and Rescue Society with a search near Strathcona Park, then hours later a mutual aid request came to support Salt Spring Island Search and Rescue in the search for a missing woman.

Then on Sunday, while the Rope team was out practicing and the Hoist team was completing their annual recertifications, CVSAR received a call to assist BC Ambulance with an injured mountain biker in the Cumberland trails.

If you want to learn more about the Roofs for Rescuers campaign, visit CVSAR’s website.