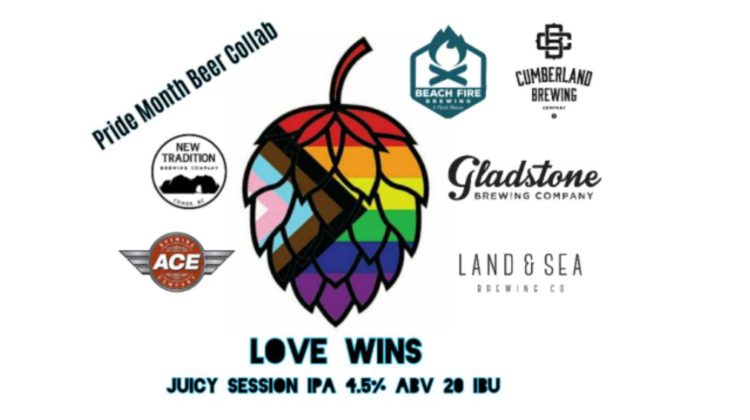 Six breweries in Comox, Cumberland and Campbell River are showing their pride.

The brewers met in mid-April to discuss how they could best showcase the inclusive, diverse communities they served.

They came up with a collaborative brew, the Love Wins Juicy Session IPA (4.5 per cent ABV, 20 IBU).

“I think it’s important for people to remember that the craft beer industry isn’t reserved solely for cis-men. A good pint can be both enjoyed and created by people of a much wider span of sexual orientations and gender identities,” said Land & Sea Brewing assistant brewer, Jordyn Godin.

In honour of the beer release, each brewery will be donating to Diversity in Brewing.

“It was important for us to show our support with us being brewers and Diversity in Brewing’s mandate being inclusion in the brewing world,” said Patti Savard, co-owner and brewmaster at New Tradition Brewing.

“If we can help be a part of productive change it may as well start with our own industry.”

The beer will be released on all six brewery patios on May 29th to kick off Pride Month.

New Tradition Brewing will also have cans of the beer available for sale, along with specially designed t-shirts.