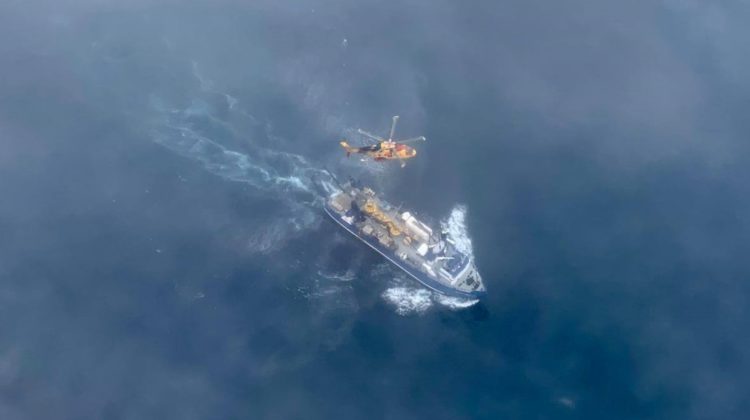 Fog is no match for search and rescue teams on Vancouver Island.

So says Maritime Forces Pacific, after crews from Comox-based 442 Transport and Rescue Squadron were tasked to extract someone near Port Hardy on Monday (May 31st).

In a Facebook post, Maritime Forces says a member of an offshore research vessel became sick and needed help.

“Our CH-149 Cormorant helicopter and CC-115 Buffalo crews were lucky to have a relatively calm sea state about 200 nautical miles west of Port Hardy, albeit with foggy conditions,” they say.

Crews quickly hoisted down to the vessel to secure and transport the patient to Victoria. Local EHS then took over.

“Of note was the smooth transition of the patient,” Maritime Forces adds, “that happened from the Cormorant to the Buffalo at Port Hardy, due to the Cormorant requiring refueling, and the Buffalo using its larger fuel capacity to transport the patient straight to the waiting BC Ambulance crew in Victoria.”