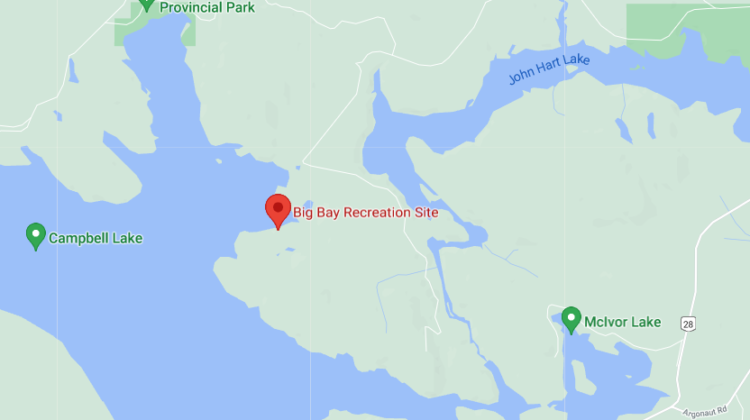 What started as an escape to nature took a rather disturbing turn for a Campbell River man.

Last Wednesday (June 2nd), Srivastava was staying at the Big Bay provincial campground on the east side of the lake. He was making a quick trip into town that morning before spotting six or so vultures swarming an area near the road.

On his way back at around 3:00 pm, Srivastava noticed the vultures were still there. That’s when he decided to hit the brakes, hop out of his truck and investigate.

“It took me a few moments to kinda comprehend what I was seeing,” Srivastava tells My Campbell River Now. “I was completely horrified and disturbed by the images.”

Srivastava says the bear’s head was missing, but the rest of its body was fully intact. He thinks the bear was a mother because a young cub was spotted alone in the nearby vicinity not long before.

The Campbell Riverite says he hates trophy hunting, “as that is what I see this as.” With this in mind, he says he had to “do the right thing.”

He quickly filled out a RAPP (Report All Poachers and Polluters) report with the BC Conservation Officer Service through their website. The next morning, he headed back into Campbell River to make a second report via phone. As of this morning (Monday), Srivastava says he hasn’t heard back from the BBCOS.