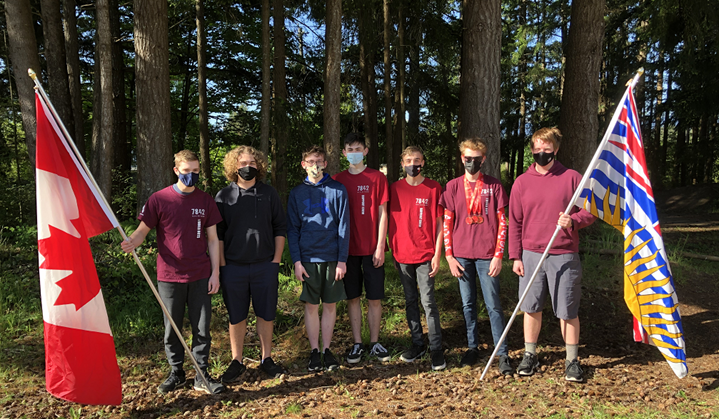 Students in the Comox Valley are once again in the international spotlight.

Unlike previous years, this year’s competition was held virtually, posing a new challenge for teams who had to collaborate and compete in isolation.

Overall, teams representing Canada earned 6 of the top 10 positions with one team from the valley coming in at number six.

The 2021 challenge was loosely based on Tic-Tac-Toe, where teams attempted to take ownership of a 3 x 3 grid.

Navigators team 7842B, composed of Theo Lemay and Sawyer McLellan was able to stay in first place for much of the competition, however, on the second day  they were unseated, thus finishing in fifth place in their division and 6th overall in the world standings.

You can watch their robot putting balls into baskets here: https://www.youtube.com/watch?v=BGxN8K-vBjE

Other teams from the valley did well too. In the middle-school division, first-time competitors Nicholas Horel, Andrew Phillips, and Logan McCoy, were on Team 7842M which got 36th place in their division and 50th in the overall world rankings.