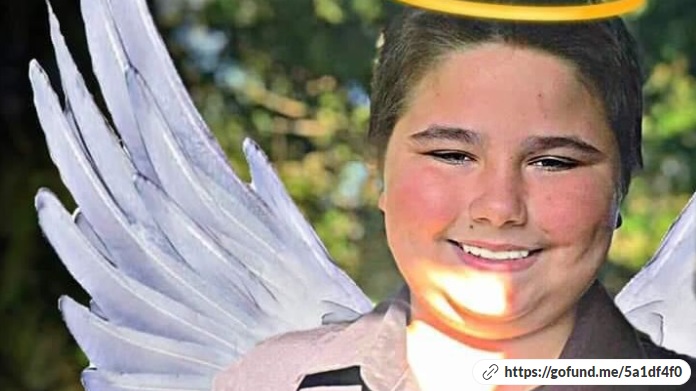 A Go Fund Me campaign is gaining momentum, raising funds for the family of a Vancouver Island teen who lost his life to a drug overdose.

14-year-old Justin Henschel passed away in his father’s arms on May 29th at a park in Campbell River.

Born in Winnipeg, Justin had three sisters and was the only son to Wally and Denise Henschel. His death came as an unexpected and tragic loss to his family and friends.

But the recent loss isn’t the only tragedy the Henschel family has suffered through. Last April, Justin, his dad Wally, and his sisters lost their home after a fire destroyed the Pacific Heights complex on Dogwood Street. Around 90 people were displaced as a result of the blaze.

Following the fire, Justin and Wally moved to Sayward. Wally bought a camper trailer a few months back, in hopes of going on camping trips with his son this summer.

“They only had the camper for a week, they trailed to Port Hardy so Justin could see mother Denise and some of his friends,” reads the Go Fund Me. “On May 28th, they both got a campsite to stay on together in Campbell River.”

The following day at around 2:00 pm, Justin met with some friends at the Nunns Creek skate park, and Wally took a nap in his van in the park’s parking lot. When he woke up, Justin was in the back of the van — cold, but still awake. Wally opened the back door to get some fresh air, not knowing something was wrong with Justin.

“Tragically, Justin started overdosing,” the Go Fund Me notes, “and that’s when Wally noticed something was wrong and called 911. Wally then started to do CPR while yelling for help.”

Unfortunately, Justin passed away as Wally was doing CPR and waiting for an ambulance.

Justin’s family is hoping to raise enough money to travel back to Manitoba to spread the teen’s ashes. The funds will be used for gas, food, and any other travel expenses.

Shortly after Justin’s death, the Campbell River RCMP was hopeful anyone with information on what happened would come forward. His death came just a few weeks after a 12-year-old in Victoria died as a result of illicit drugs.