Community rallying together for Griffin Pub employee diagnosed with cancer 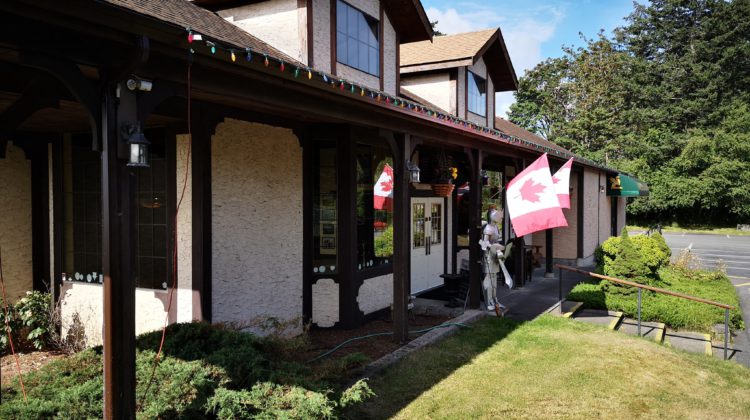 The Griffin Pub is The pub is hosting an all day fundraising event this weekend with live music and trivia as well. It will also have a silent auction from 11:00am to 7:00pm. (Photo taken from the Griffin Pub Facebook Page)

The Comox Valley is coming together to help out a family in need.

Amy Holmes is one of the staff members at the Griffin Pub. She is helping organize an event and GoFundMe page for one of the bar’s long-time bartenders, Christine, who was diagnosed with a brain lymphoma earlier this year.

“She actually had a rollerblading accident about six or seven weeks ago, so she was already off work and in a wheelchair because she broke her ankle. And she had a seizure at home. So she was rushed to hospital and they found a brain tumor which was operated on.”

“Her news keeps going back and forth, good and bad. Initially they thought it was great news, because they operated on it and took it out. Subsequently we’ve heard that it was palliative.”

Holmes adds that because Christine has been such a huge part of the pub for so long, it feels like they are losing family.

“My uncle took over the pub 16 years ago and Christine was one of his first hires. So our community, the Griffin pub community – she’s been a huge part of who it is over the last 16 years, and who we are as a family running a pub. For me personally, an element is missing now that she’s not here. It’s a big blow, and that’s why we want to do this and host this event, because she’s a huge part of us.”

The pub is hosting an all-day fundraising event this weekend with live music and trivia as well. It will also have a silent auction from 11:00am to 7:00pm.

Amy says they are hosting this event because they want to do whatever they can to help out the family during this tough time.

“Her partner works, and they have two kids, so he’s taking care of Christine and the kids. This is how we think we can help alleviate the stress. We want them to be as peaceful as possible right now so they can focus on her health and the kids’ mental well-being, rather than having to deal with mortgage payments and the cost of life.”

She is encouraging the Comox Valley to visit the pub this weekend for food, music and beverages, and donate to Christine’s cause while you’re there.

If you want to learn more about the event, visit our website here, and a link to the GoFundMe can be found here.