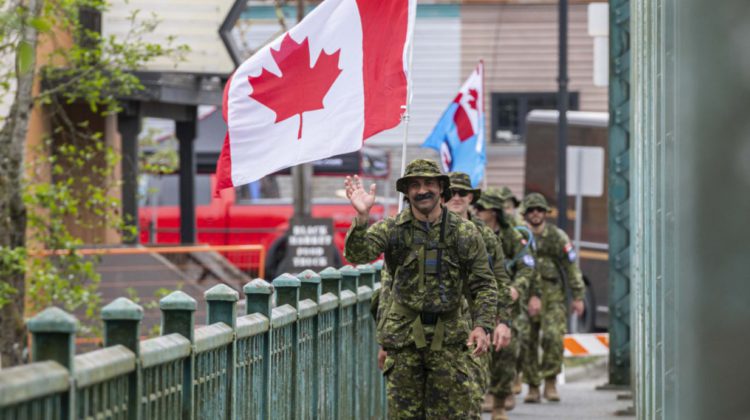 19 Wing Comox Nijmegen team participates in Victory Marches in the Comox Valley on the 4 and 5 of May 2021 to commemorate the liberation of Holland from Nazi Germany in The Second World War. Please credit: S1 Lisa Wallace, Canadian Armed Forces Photo

At 11:30pm today, a 19 Wing captain will begin his 40 hour long march across the Comox Valley to fundraise support for homeless people.

The 40km marches, which are typically completed in the Netherlands as 4-40km marches over 4 days, will be completed in half that time by Awan. He is estimated to complete the march on June 22nd at 3:30pm.

Comox Valley residents are encouraged to cheer him and other 19 Wing members on.

Awan has previously expressed that he wants to combat homelessness, and that many recent crises in the community have put at-risk people in a worse position. He feels that Comox Care-a-van bypasses stigma around homelessness, which is why he decided to fundraise for them.

To donate to Care-a-van, direct deposit is accepted via [email protected], cheques can be mailed to 2800 Cliffe Avenue in Courtenay, and online donations are accepted at cvcareavan.ca/donate.