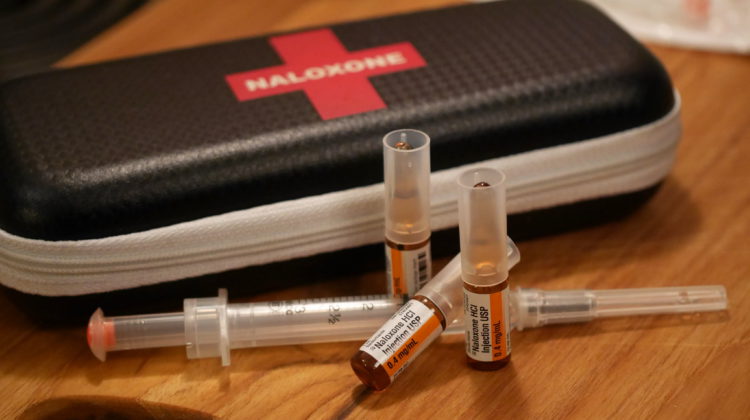 “We are always watching and monitoring for indicators that are a concern in terms of increasing overdose, or that reflect the toxic drug supply and adverse outcomes because of that,” says Island Health medical health officer, Charmaine Enns.

According to Enns, staff routinely monitor reports from Overdose Prevention Sites, the RCMP, and the community, as well as BC Ambulance callouts and tips from the coroner.

“When things go up to a point that is not at all what we have seen historically, then we like to issue an alert through our community partners,” she tells My Comox Valley Now.

With this in mind, Island Health notes locals using opioids and stimulants in both areas face increased risk from both injection and inhalation.

The health authority says those who witness someone overdosing should call 9-1-1, staying with them, giving naloxone as well as one breath every five seconds.

And with the advisories, come strategies for safe use. Island Health says mixing substances, such as alcohol and prescription drugs actually increases the risk of overdose.

In Campbell River, those who use drugs are urged to do so at the local Overdose Prevention Service site (OPS) at 1330 Dogwood Street, Unit #5. It’s open daily from 9:00 am until 7:00 pm.

They’re also urged to carry naloxone and stagger use with a friend, so someone can respond if needed. However, if using alone, the user should ask someone to check up on them, download the Lifeguard App, and have the National OD Response Service (1-888-688-6677) as a saved contact in their phone.

The advisories come as B.C.’s overdose crisis rages on. From January to May of this year, the BC Coroners Service reported 851 illicit drug toxicity deaths. The Island Health region accounted for 139 of those deaths, with Fraser Health seeing the most at 291.

Please Share: An Overdose Advisory has been issued for #ComoxValley.