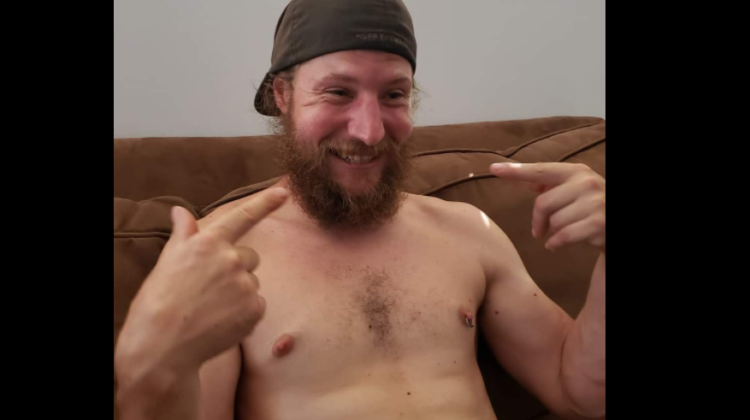 Concern is growing about a missing Powell River man.

Powell River RCMP has learned that 33-year-old Vaughn Baumgardt was possibly seen on the morning of Saturday, Aug. 21st between 9:30am and 11:30am, walking westbound on Pine Tree Rd. just east of Hwy 101.

A Facebook page called ‼️ MISSING Person ‼️ Vaughn Baumgardt has been created, and is devoted to the search.

She says they continue to search for leads.

“SAR and the Powell River RCMP continue their search to find him,” she said.

“We live out south, and there are a lot of back roads, there’s a lot of forested areas. The community is really coming together with a lot of boots on the ground, but we’re coming up empty, still. It’s coming up on 11 days with no new news.”

Devine said going missing for this extended period of time is out of character for Baumgardt.

“He has taken off here and there for a day or two, but he left his phone behind, he left his hat behind, he started taking off articles of clothing, so there are a lot of things that are not right with the entire situation that are out of character. He didn’t have his vehicle. His bike is still at his residence.”

Devine says the best way to help out is to keep in touch.

“We do have a Facebook group where we have been putting up leads and posts, and areas where locals and Search and Rescue have searched. Just getting the word out there, so we know more boots on the ground and just checking anywhere and everywhere to bring Vaughn home safely.”

It is presumed that  Baumgardt then crossed Hwy 101 near Pine Tree Rd. before he disappeared, and had an interaction with the driver of a vehicle who may have had to stop abruptly to avoid hitting him.

Police are asking the driver of the vehicle who may have interacted with Vaughn, or anyone who may know where he is, to contact the Powell River RCMP at 604-485-6255.