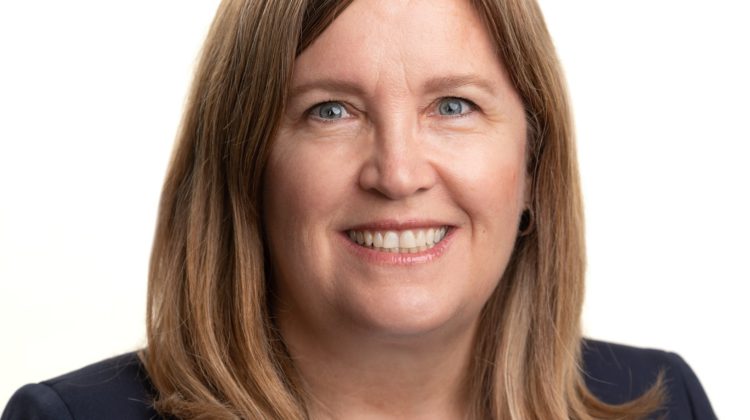 It’s almost election day. In the leadup to Monday, Sept. 20th, our newsroom is speaking with local candidates.

We touched on three hot-button issues: housing affordability, COVID pandemic recovery, short and long-term action on climate change, and one other topic they may have as a campaign priority.

Working in politics is nothing new to Downey. She’s served in a variety of political areas and was first elected as a trustee for School District 85 in the nineties.

After taking time to focus on her family, the mother of four was elected to municipal government in Port McNeill in 2005.

Downey says living on the north island has really allowed her to experience firsthand the challenges faced by rural communities. That said, she thinks Canada deserves better. It’s ultimately what inspired her to run in 2021.

When speaking with Vista Radio, Downey said Canada’s housing supply is lacking, with the cost to buy or rent on the rise. She told us her party wants to build one million homes over the next three years.

She also touched on climate change, pointing to the Conservative’s plan to lower industrial emissions, increase the number of zero-emission vehicles, and bring in a low carbon savings account.

If elected, what would the Conservative Party do to address housing affordability?

DOWNEY: “The one thing I think that everybody would acknowledge is that we need to increase our housing supply. We lack housing and what we do have is costing significantly more than it ever did before. The cost is rising whether you’re purchasing a home or whether you’re renting a home,” Downey said.

“Affordability has really come into play, so part of our plan is to increase the housing supply and our goal is to do that by building one million homes over three years.”

She continued, “We’re also looking to release 15 per cent of our federal real estate that’s sitting vacant right now and releasing that for housing.”

“The other method we’re looking at is extending mortgage terms up to seven to ten years to help people to own a home and be able to manage their payments.”

What is the Conservative Party’s view on how to handle the COVID pandemic?

DOWNEY: “We didn’t go into this pandemic well. We were told no masks, they’re not necessary. And then they were necessary and we’re wearing masks again,” Downey said.

“Our plan for the future is to create a stockpile of essential products here in Canada so that we aren’t caught short again. We’re looking to build capacity in manufacturing with the vaccines here in Canada as well.”

She continued, “As we work our way through this pandemic, we’re looking at rapid testing for travel, whether you’re on a plane, train, bus, or ship. Not everyone is vaccinated, so that provides a means for those who are not vaccinated.”

“We have provinces and territories that each are running their own and setting their own path in terms of deciding vaccine protocol and documentation that accompanies that. One thing that Conservatives are doing is developing a national proof of vaccination that would be internationally recognized for Canadians who are wanting to travel abroad to countries that are requesting proof of vaccination.”

Downey added, “More recently, we announced some measures to try and boost that vaccination rate up to 90 per cent by assisting people to get to vaccination centers.”

What would the Conservative Party do to mitigate climate change?

DOWNEY: “We’ve seen emissions rise over Trudeau’s term,” Downey said. “Instead of seeing emissions reduced, what he’s done to address it is just set new targets. He’s kicked the can down the road in terms of achieving any kind of reduction in emissions.”

“We have a plan that has been independently analyzed and we’ve been told that if we adhere to our plan as we’ve laid it out, we will achieve the same reductions that the current government has in their plan if it was acted upon. Our reductions would be the same as the existing plan that’s been set out by this government. Our plan would achieve those measures by 2030.”

“But our plan wouldn’t be down on the backs of hard-working men and women,” Downey added. “We have other measures in place. To that end, that includes lowering industrial emissions, increasing the number of zero-emission vehicles, and bringing in a low carbon savings account.”

Finally, is there one topic that you would like to talk about?

DOWNEY: “Right now, the Liberals are taking it upon themselves to get involved in our forest sector here in British Columbia. They’re offering money to shut down old-growth forests,” Downey said.

“That will affect my riding, but it will also affect ridings on the south island. There are 29 mills on the south island that depend on the basket of fibre that comes out of the province. It’s a mix of old-growth and second-growth. Those will all be affected.”

“All these industries have been making improvements all the way through. They’re always at upgrading how they do things, their processes, and their procedures and there’s no recognition of that. Instead, things are being shut down again last minute with zero notice. That’s not fair.”

Downey added, “The Conservatives have a plan for Canada’s recovery. We want to see everybody engaged. We want people to be healthy and we want a healthy economy, with people participating coast to coast to coast. And that’s the goal of the Conservative government, to meet the needs of all Canadians and to do it in a responsible and respectful manner.”