Residential blaze breaks out in Courtenay 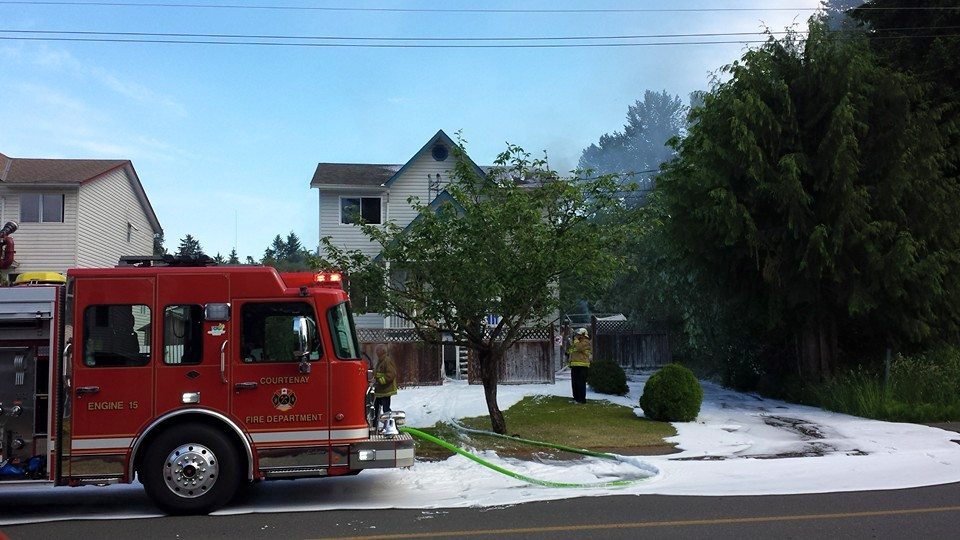 Emergency responders were put to work on 1st Street and Mitchell in Courtenay where a residential blaze broke out this afternoon.

Goat News was on scene and spoke to a witness who lives just across the street. She says she heard what sounded like gun shots going off and people swearing as they fled the home.