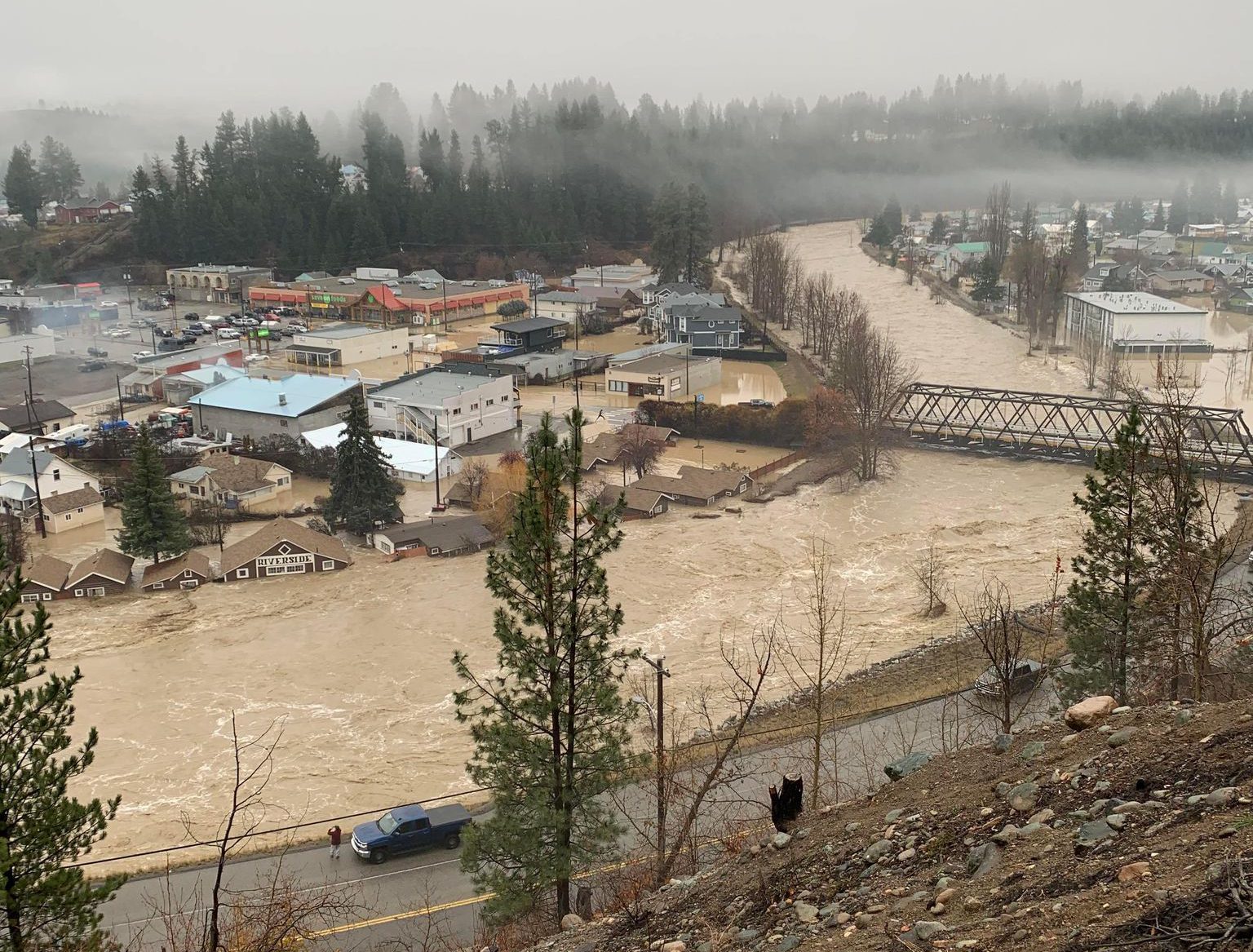 Coastal BC, including many parts of Vancouver Island, is seeing road closures and flooded areas as the latest in a series of intense storms moves through the area.

The rain is expected to ease, but a cold weather system could cause other problems. Wind warnings are out for much of the south coast, with gusts expected  up to 90km/h. Power outages are expected as part of the ensuing weather, according to Armel Castellan, Warning Preparedness Meteorologist for Environment Canada.

“When we see a parade of storms as we have since mid-September, with really only a very few breaks, the ground saturation is very high… It’s elevated conditions for things like mudslides, debris flows as well. As well as the forest health, the trees, and therefore the ability for them to topple over in winds that are sometimes even below criteria.”

Castellan says they’re looking at ‘200% above normal’ for September and October, with November picking up with an atmospheric river.

“We’re seeing what has fallen within the past 24 to 36 hours as being equivalent to or surpassing some monthly numbers and statistics for some locations,” says Castellan, “which is saying a lot, because November is our wettest month.”

Deputy Premier of British Columbia, Mike Farnworth, states between 80 and 100 vehicles are trapped near Agassiz after two landslides, caused by the heavy rain, blocked off the road.

“The search and rescue crews are assessing the situation based on the weather, and are going to be doing everything they can to get people out of their vehicles and to safety. The bottom line is, it must be done safely. As you know, it’s daylight now, and that work is underway and when we have more information, we’ll let you know.”

Some individuals within the livestreams chat reported being stuck for hours with no food or water.

Vancouver Island has also seen flooding along its highways.

When highways will be open on Vancouver Island is unknown, as Janelle Staite, Regional Deputy Director for South Coast Regional Office, says ‘a few feet of water’ are travelling across the road.

“At this point, we’re doing an assessment, looking at the challenges. At this point the water is just so high it continues to travel across the highway. Until that weather system that Armel spoke to slows down, we’re going to continue to see the volume is very high across the road.”

Information about BC Highway closures is available here.