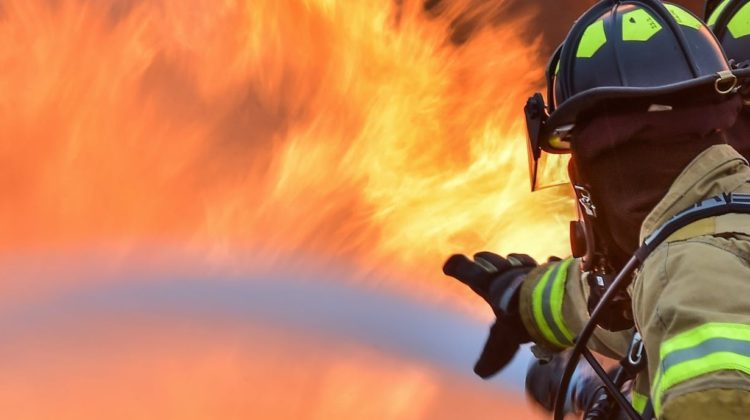 A blaze that ravaged a bus in downtown Courtenay Thursday night is now being treated as suspicious.

At around 10 pm on Nov. 25, Seigler says Courtenay Fire Rescue was called to a fire next to the Cona Hostel on Anderton Ave., near the 5th Street Bridge.

“It ended up being the hostel’s bus that they had to use prior to the building catching fire back in March 2019,” he says.

“I arrived on scene and the bus was fully involved. Crews quickly followed and we were able to get two lines off.”

According to Seigler, a ‘big concern’ for crews, in addition to getting the fire under control, was its exposure to the nearby hostel structure.

However, he says firefighters were able to stop the flames from spreading. “It did go up the trees a bit, but given the warmer, dryer months, it could have been a different situation,” Seigler explains.

And while the cause of the fire is not yet known, an investigation is currently underway, with RCMP also questioning people who were in the nearby vicinity.

“They launched an investigation as well,” Seigler adds.

It was on Mar. 23, 2019, when a fire broke out inside the Cona Hostel. It caused major damage, displaced tenants and forced the business to close its doors indefinitely.