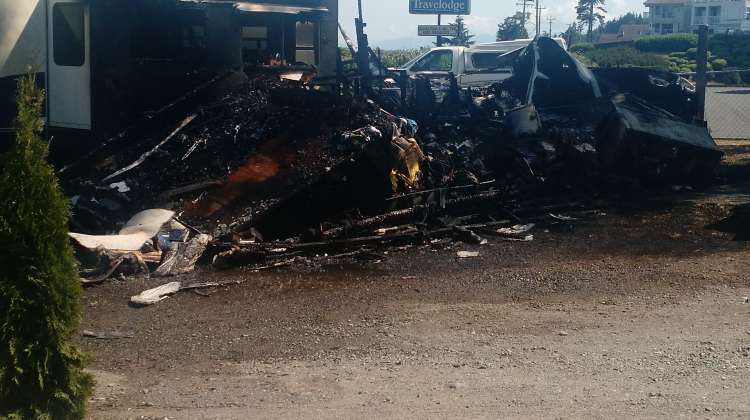 In the Campbell River area a trailer went up in flames on the Old Island Highway next to the Travel lodge around three o’clock on this afternoon.

Next door neighbour Don MacLean heard yelling outside and got out of his trailer as quick as he could.

MacLean says the trailer burned in minutes before fire crews came to the scene. He adds he was afraid it would blow up, and was uncertain if he should get his car out of the way.

Other neighbours say the fire began at the back of the trailer, but still aren’t sure what started it.

The investigation continues into the cause, sources at the scene say it appears there were no injuries.