Courtenay Riverway to be renamed after former Mayor 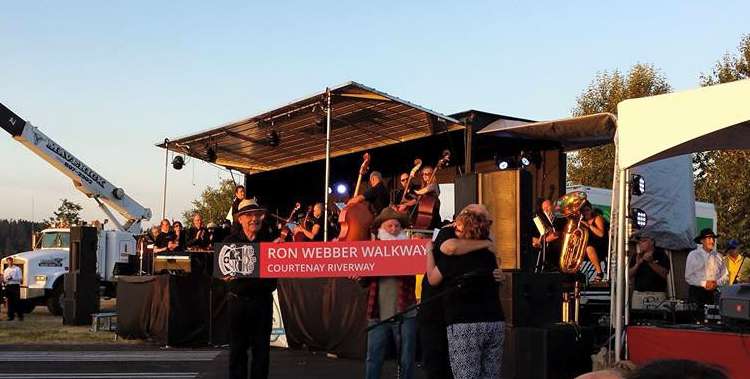 In the past, valued members of societies have had buildings and institutions named after them to honour their contributions to the community.

Former Courtenay Mayor and councilor Ron Webber certainly fit the mold of a “valued citizen” during his time in office, and he still fits that bill to this day.

Now he’s getting an honour many say he truly deserves. The beautiful Courtenay Riverway will now be called the Ron Webber Walkway. The path roughly covers 5 kms and overlooks the Courtenay River.

The announcement was made Saturday at the Courtenay Airpark during the Symphony & Fireworks show celebrating the city’s centennial. Current Courtenay Mayor Larry Jangula was on hand, as was former Mayor and councilor Starr Winchester, who delivered the memorable news.

Upon hearing the news, Webber was visibly shocked and touched. He says he hopes to extend the walkway all the way to Royston.

Winchester adds that Webber was highly involved in the construction of the walkway and it was one of his favourite projects. Rob Webber served the city of Courtenay for 12 years as its Mayor. On October 18th, 2003, Webber received the community’s highest honour and was named Freeman of the City.