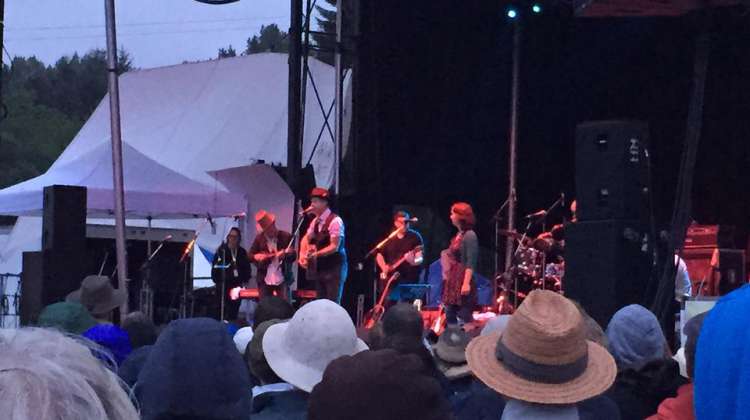 Barney Bentall and the Cariboo Express
Mother nature delivered the rain we’ve been asking for, and it just so happened to be during Vancouver Island MusicFest.

But that didn’t stop thousands from making their way to the Comox Valley for the 21st annual event. The weekend featured acts such as Locarno, David Gogo and headliners Lyle Lovett & his Large Band, Buddy Guy and Graham Nash.

It attracts people from around the country, and even the world, according to spokesperson Sue Wood.

She says the event is also a strong economic boost for the host region. Wood says the festival is about a million dollar event, but at the end of the day, it has an approximate economic impact of 45-million dollars.

Wood adds that thousands of hours of planning went into the festival, plus some hard work by over 1000 volunteers.