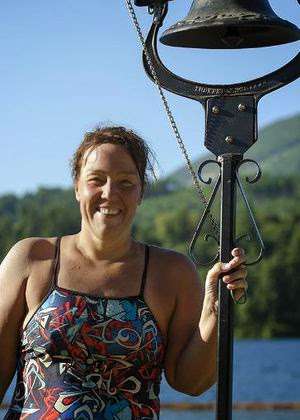 Two women from Vancouver Island say they came up short on an attempt to set a long-distance swimming record.

Simmons, who has multiple sclerosis, says she pulled out after about 44 kilometres because of motion sickness.

Simmons says Cape swam 94 kilometres, and could have gone for more, but would have risked the entire swim if a boat had to help her out of the water.