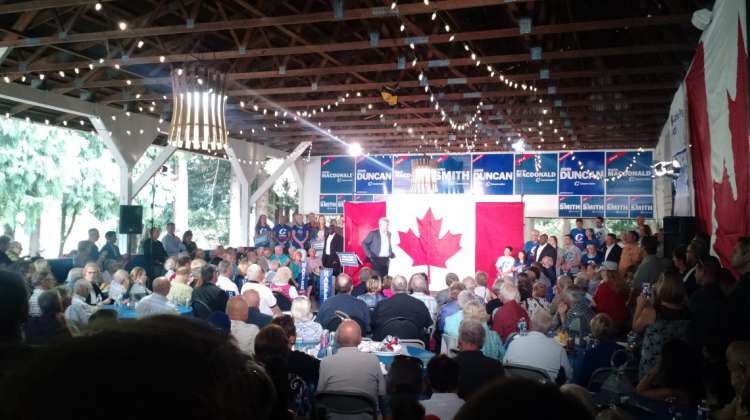 The Conservatives have the leadership and proven experience to keep Canadians safe and our economy strong…That was conservative candidate Stephen Harper’s main message at the Coastal Black Winery while flanked by supporters.

Harper says the good news is, British Columbians will play a major role in the October 19th vote…

He adds B.C. is in a better position to make real decisions, and he says making that choice, creating jobs and growing the economy should be the biggest issue.

Harper was not available to speak to the press after the conference.

RCMP were keeping a close watch on a group of protesters at the gate to the event in Black Creek.