Mulcair in the Valley 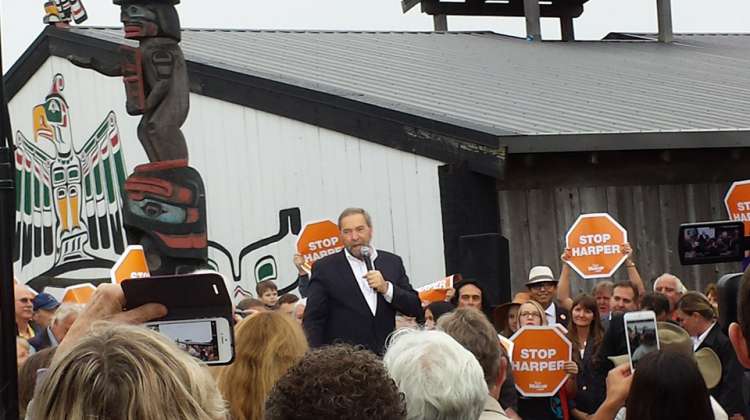 NDP Leader Tom Mulcair speaks to the crowd of voters

Working towards the future.

That’s from NDP leader Tom Mulcair during a recent stop in the Comox Valley. He spoke to a crowd of voters outside the K’omoks Band Hall this Thanksgiving weekend as part of his Island Express Tour. He was accompanied by Courtenay-Alberni NDP candidate Gord Johns and North Island Powell River’s Rachel Blaney. And much like in the recent Courtenay Alberni all-candidates meeting at the Sid Williams Theatre, the subject of murdered and missing aboriginal women was brought up.

Mulcair says he will chair a committee that makes sure his government’s decisions will respect First Nations throughout the country.

Whether or not Tom Mulcair becomes Canada’s next Prime Minister will be decided in less than a week.