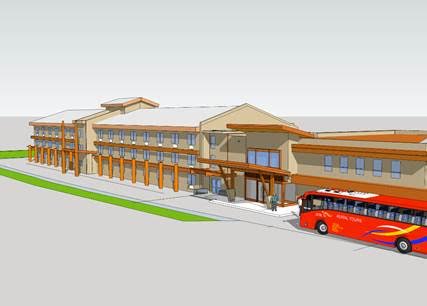 The former Port Hardy Inn is set for a major face lift.

The K’awat’si Economic Development General Partner Corporation LP bought the property earlier this year. Now plans are in motion to transform to old building into the Kwa’lilas Hotel.

The corporation’s CEO Conrad Browne says the “First Nations Destination Hotel” will bring in visitors from all over the world into Port Hardy.

He says it’s an added boost for tourism in Port Hardy, but also a chance to strengthen relationships with First Nations on the central coast.

He adds it’s a long-standing dream of the Gwa’sala Nakwaxda’xw Nations to have an economic driver like this in the community of Port Hardy.

Browne says they’re confident the Kwa’lilas Hotel will be able to have its first guest by next June.