NDP ferry critic on the sale of the Queen of Chilliwack 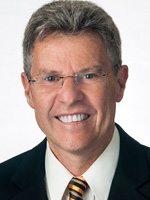 The NDP’s ferries critic says there a still a lot of questions about the sale of the Queen of Chilliwack.

The vessel had a $15-million re-fit and then was decommissioned in 2014 after service cuts.

Then the ferry, which ran the central coast route was reportedly sold for less than $2 million.

It turns out the vessel was bought by Fiji shipping company that was started by a former senior BC Ferries employee.

Holman says users deserve to know more about the business decision that led to the sale.