Welcome aboard the Baynes Sound Connector! 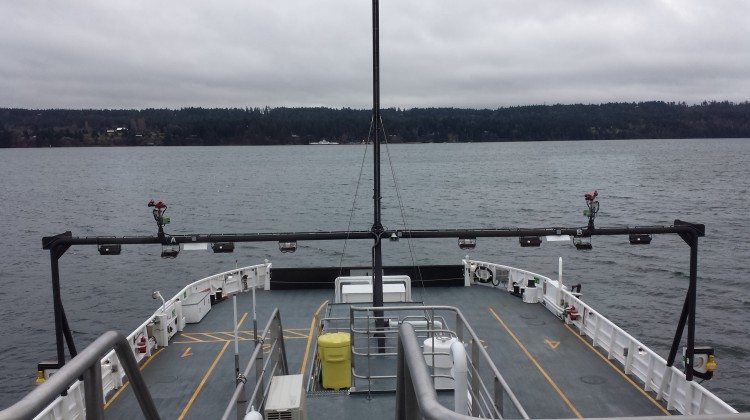 The Goat Rock Patrol Cruiser aboard the Baynes Sound Connector.

Earlier this morning, GOAT News had the opportunity to get a sneak peek tour and ride on the Baynes Sound Connector. BC Ferries’ newest cable ferry will provide year-round service between Denman Island and Buckley Bay on Vancouver Island.

One of the many emergency watering system on board the ferry.

According to Captain Jamie Marshall of BC Ferries, the new vessel will provide substantial cost savings of approximately $1.75 million per year, or $70 million over its project life of 40 years.

Vice President of Engineering at BC Ferries, Mark Wilson, says this is looking like a big success for the company. Wilson says the cable ferry is the biggest in the world. Some of the environmental benefits include reduced fuel consumption, lower air emissions, reduced wake, no propeller turbulence and zero discharge to the marine environment. 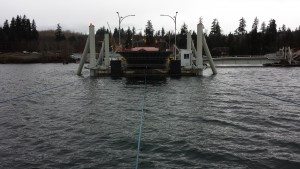 3 cables keep the ferry on course as it travels between Buckley Bay and Denman Island.

Wilson says passenger accommodations include a heated indoor sitting area for 60 people, outdoor seating for 30 and washroom facilities fully accessible for users with disabilities. Wilson adds they’ll start offering what they call ‘soft sailings’ this Friday for a limited number of runs (4 sailings in the morning, 4 in the afternoon), and that full service will commence at the beginning of February. 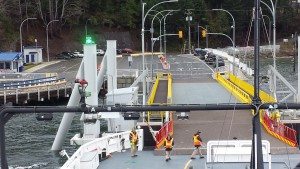 Getting set to dock on Denman Island.