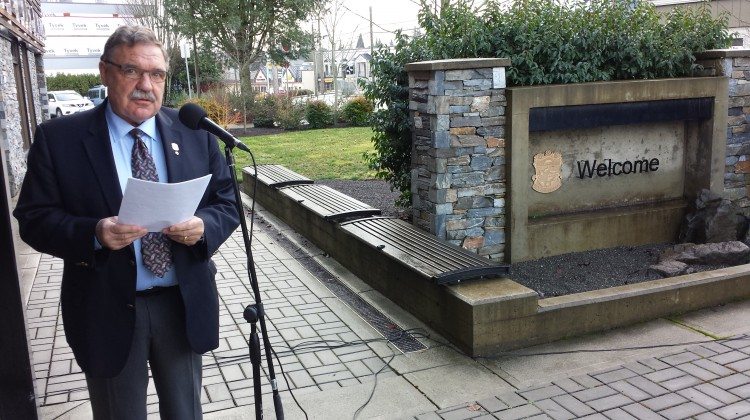 Some changes will be coming to 5th Street in Courtenay.

The city has received over $3.253 million in Federal Gas Tax Fund contributions to construct a Complete Streets Pilot Project.

The project will include significant upgrades to above and below-ground infrastructure on 5th Street between Fitzgerald and Menzies.

Courtenay Mayor Larry Jangula made the announcement this morning.

Comox Valley MLA Don McRae was on hand at city hall as well, along with a number of councilors.

100% of eligible project costs will be covered through the Federal Gas Tax Fund. Conceptual design work is underway and Jangula says construction is estimated to be done by September 2018.