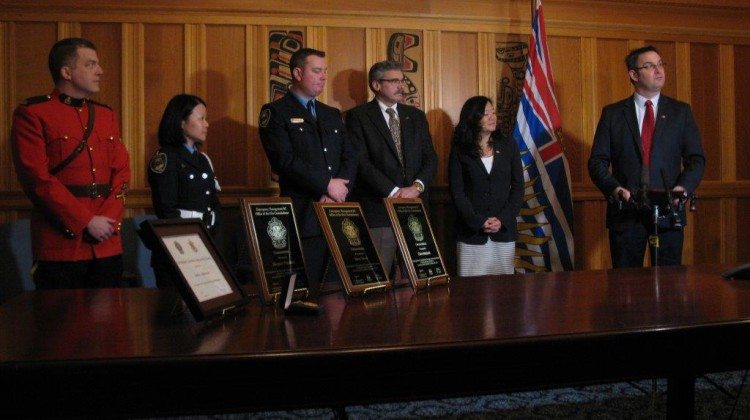 Four emergency responders have been recognized for their efforts to save a baby from the Courtenay River.

Back in January 2015, a woman had gone into the river with her seven month old son near Condensory Bridge – the woman did not survive.

Constable Steve Trevor was one of the emergency responders who went into the river to rescue the baby.

Courtenay Fire Chief Don Bardonnex says he’s extremely proud of the four, who went above and beyond the call of duty to get the baby out of the river…

Both Bardonnex and Trevor say the positive result for the baby was due to the team work of the emergency crews.