5 homeless after fire in Cumberland 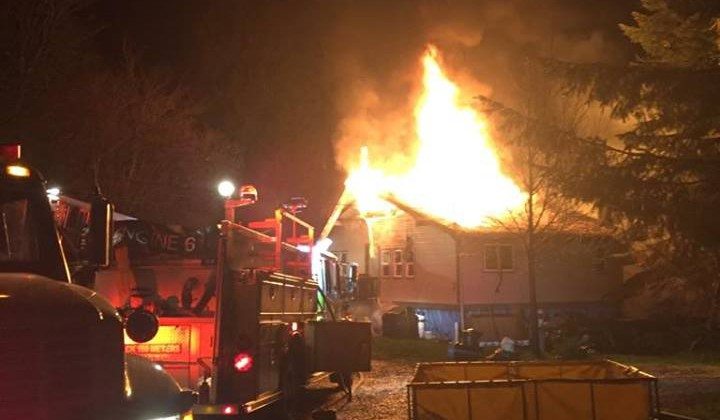 5 Comox Valley residents are homeless after a Saturday morning house fire in Cumberland.

No injuries were reported, but the home suffered serious damage. The blaze broke out in the 3000 block of Fraser Road.

Courtenay fire crews came in to assist the Cumberland Department. Officials say the fire started in the basement around a pellet stove before making its way outside and onto the roof of the building.

Fire crews were on scene for more than 4 hours fighting the blaze.

The damage is said to be more than $100,000. All 5 occupants were able to escape with no injuries, but are now homeless.