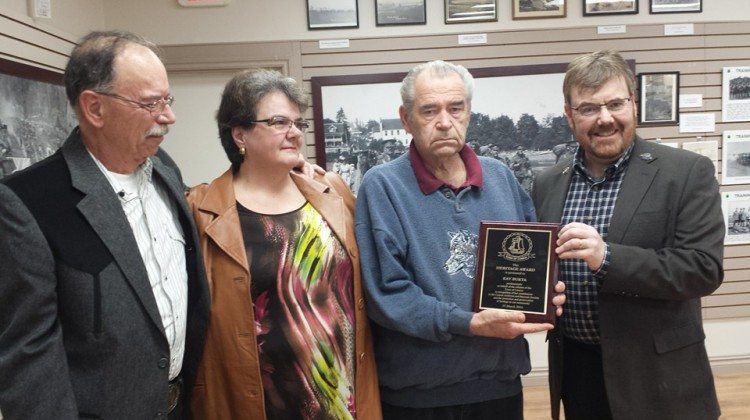 A late member of the Comox community has been honoured with the 2016 Heritage Award.

Kay Bukta’s family was presented with the award at a ceremony yesterday that marked the opening of a new exhibit at the Comox Museum – which Kay helped create.

The exhibit honors the 102nd Battalion, who trained at Goose Spit and fought in many important battles during World War 1.

Comox Mayor Paul Ives was on hand. He says Kay was a great leader in the community.

The new 102nd Battalion Exhibit is open year round at the Comox Museum.