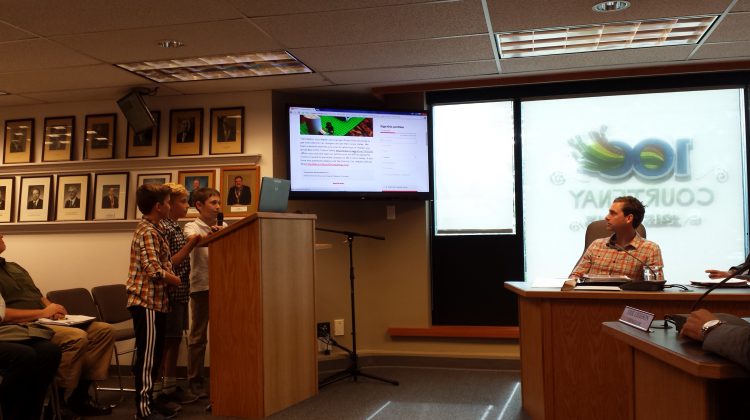 The DFC (from right to left): Ben, Jack and Dominic

The DFC Electric Car Helpers has asked Courtenay Council to support an electric car supercharger in the city. The group – which is represented by 3 10-year olds in grade 5 at Brooklyn Elementary – appeared before council this week.

DFC member Ben says the idea has been brewing for a while.

Courtenay council has shown its support and will write a letter of support for the group. Jack says it will have a big impact on the community.

Dominic says they already have plans for what’s next, and hope to have the supercharger located near the Driftwood Mall. The DFC is hoping to eventually bring a supercharger to Comox as well.