Look out for road crews on side of the road 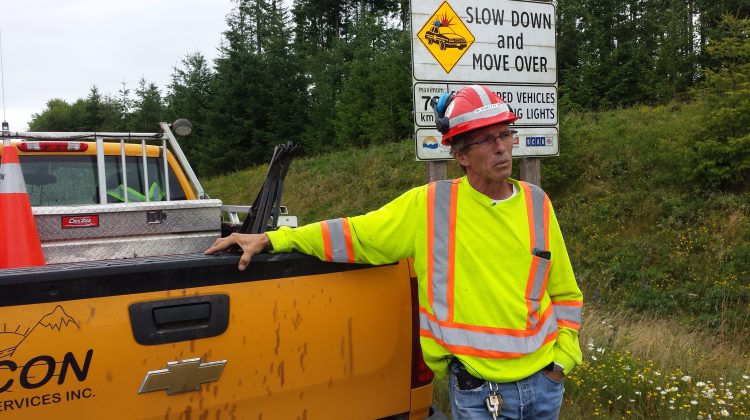 Emergency services and road workers are imploring drivers to slow down and move over when work is being done on the side of the road.

Jeff Smith is a road foreman with Emcon Services.

Smith says as traffic gets busier and busier, cars tend to drive by faster – especially with speed limits rising. He notes that there are many signs warning drivers of oncoming road work that often get ignored.

Smith says some people question road workers as to why they are slowing down their commute. He says the work needs to be done and drivers have to obey the rules and slow down and move over while crews do their job.

Cumberland Fire Chief Mike Williamson says sometimes his department gets a crew member to serve as a spotter to warn others about oncoming speedy traffic – especially during rough weather conditions.

RCMP Constable Chris Mousseau says it’s important to be aware of everything going on around you while driving.

Mousseau says he’s known of many incidents where RCMP have been killed or seriously injured while responding to a scene and being hit by an oncoming driver.