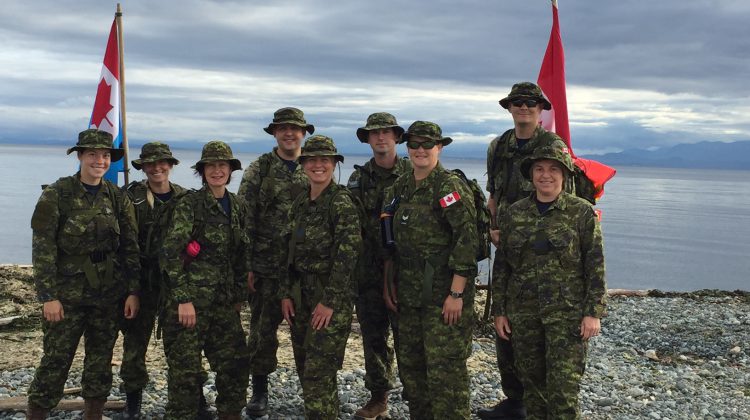 The team participating in this year's Nijmegan March

A team from 19 Wing Comox is preparing for the annual Nijmegan March in the Netherlands.

The team will march 160 kilometres over four days. Captain Nik Sanders is the Team Captain this year.

He says the march is something he’s wanted to do for years. He notes that it’s recognized internationally as quite challenging but everyone who has done it says it’s a phenomenal experience.

The march will include a stop at the cemetery of Canadian soldiers who lost their lives during the liberation of the Netherlands from Nazi occupation in World War 2. The team leaves Thursday.