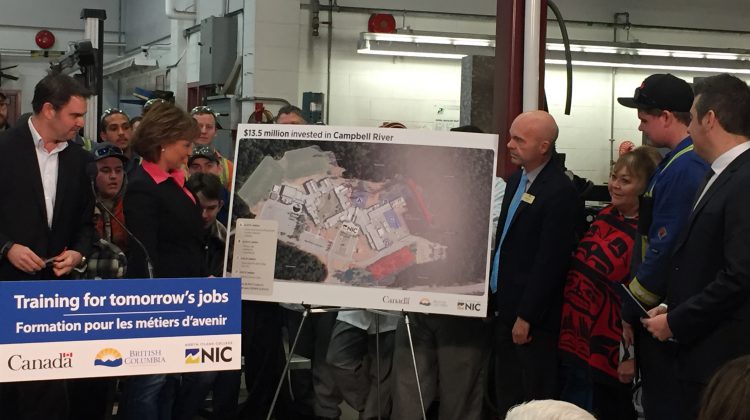 The Province has announced $13.5 million to upgrade the Campbell River campus, with $5.76 million being contributed by the Federal government.

The province also chipped in $5.76 million, while NIC is providing $2 million for the upgrades.

The funding will help with the construction of a new trades training facilities, scheduled to be completed in the spring of 2018.

Premier Christy Clark says the funding will help provide residents with jobs in their communities.

Construction on the project is set to begin later this month.