Wounded Warrior Run BC gets underway 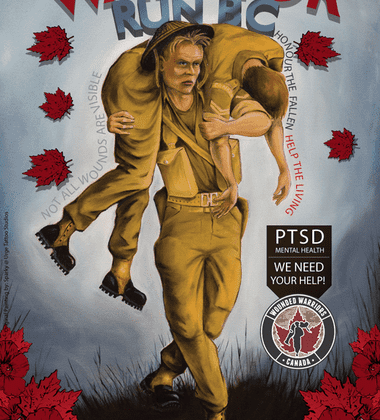 The 2017 Wounded Warrior Run BC gets underway today in Port Hardy.

The annual run down Vancouver Island raises awareness of non-visible injuries, such as post traumatic stress disorder in veterans and first responders.

Co-founder Allan Kobayashi says he started the run after being diagnosed with PTSD, in order to give back to the Wounded Warriors organization.

He says he hopes by sharing his story, he can encourage others to seek help.

The run will arrive in the Comox Valley on Thursday and close out in Victoria next weekend.