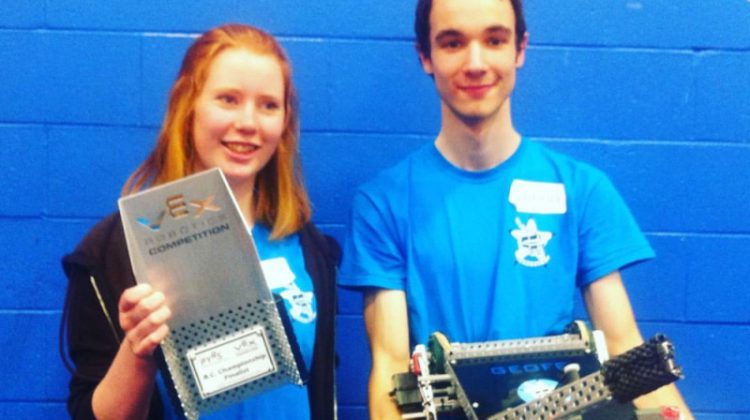 2 teams from the Comox Valley are off to the VEX Robotics World Championships.

Alex Bowman with the Byte Me Robotics team from Cumberland says VEX allows students to build a robot and compete in different challenges against other teams across the province.

“We had to get through the qualifying round, then we went to the quarter-finals and semi-finals”, he says. He notes only 8 teams out of 120 from BC make it to Worlds.

Bowman says Byte Me Robotics has started a GO FUND ME page to help with costs associated with the competition. “[The competition] helps build teamwork and engineering skills”, Bowman says.

The other Comox Valley team headed to the Worlds is the NIDES Navigators. The championships go in Kentucky from April 19th to the 22nd.