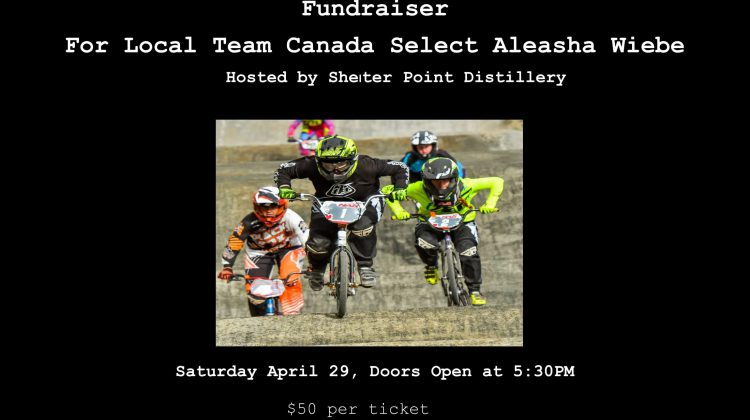 A BMX biker from Courtenay is headed off to the 2017 BMX World Championships in South Carolina.

20-year-old Aleasha Wiebe earned the chance to represent Canada by winning a pair of 17-and-over women’s races at the Canadian National Championships in Calgary last summer.

At the Worlds in Rock Hill, South Carolina, Wiebe will participate in the amateur category. In the past 2 years, Wiebe has a pair of top-10 finishes in the U.S. National Series under her belt. In 2014, she took part on the Worlds in Rotterdam, Holland – ending up in the top 14.

One of Wiebe’s trainees, 14-year-old Adicus Bird, is also headed to the Worlds in South Carolina in July.

Shelter Point Distillery in Campbell River is holding a fundraiser on Wiebe’s behalf.

More details about that event, which will feature a whiskey master class and silent auction, can be found at: http://bit.ly/2okhb0m.

Further details about the 2017 Worlds can be found at: http://bit.ly/1PLb1yA.